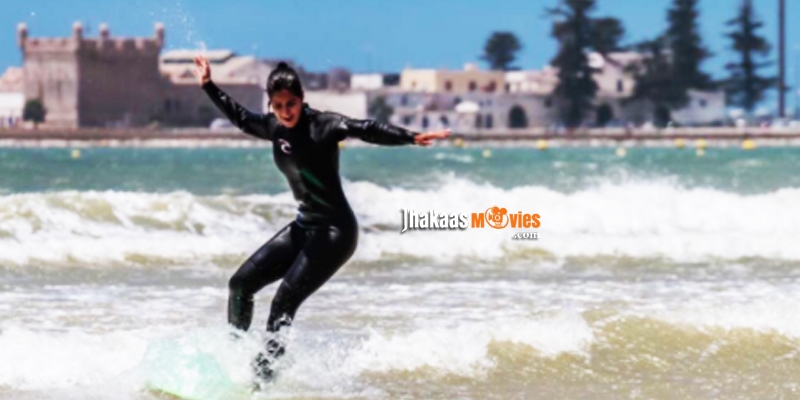 Katrina Kaif is an actress who works in Hindi films. Despite receiving mixed reviews from critics for her acting prowess, she has established herself in Bollywood and is one of India's highest-paid actresses.

Born in Hong Kong, Kaif and her family lived in several countries before she moved to London. She received her first modelling assignment as a teenager and later pursued a career as a fashion model. At a fashion show in London, filmmaker Kaizad Gustad spotted Kaif and decided to cast her in Boom (2003), a critical and commercial failure. While filming in India, Kaif received modelling assignments and established a successful modelling career. However, filmmakers were hesitant to cast her due to her poor command of Hindi. After appearing in the Telugu film, Malliswari (2004), Kaif earned commercial success in Bollywood with the romantic comedies Maine Pyaar Kyun Kiya? (2005) and Namastey London (2007). She followed with a series of box-office hits, but was criticised for her acting, repetitive roles and inclination to male-dominated films.

Kaif's performance in the terrorism drama New York (2009) was better received, earning her a Filmfare Award for Best Actress nomination. After roles in Ajab Prem Ki Ghazab Kahani (2009), Raajneeti (2010) and Zindagi Na Milegi Dobara (2011), she received her second Filmfare nomination for her performance in Mere Brother Ki Dulhan (2011). Kaif's highest-grossing films came with the spy thriller Ek Tha Tiger (2012) and its 2017 sequel, and the action thriller Dhoom 3 (2013), all of which rank among the highest-grossing Indian films of all time.

Kaif's sole appearance of 2015 was with Saif Ali Khan in Kabir Khan's post 26/11 counter-terrorism drama Phantom.[122] In 2016, Kaif appeared in two films. In Abhishek Kapoor's Fitoor, an adaptation of Charles Dickens' Great Expectations, Kaif played a role based on Estella Havisham along with Aditya Roy Kapur and Tabu.[123] Later that year she featured in Nitya Mehra's love story Baar Baar Dekho with Sidharth Malhotra. Both films were critical and commercial failures.