Did you Know?   Where Is Reena Roy Now? What Went Wrong In Her Marriage With Mohsin Khan?

Born on January 7, 1957, Reena Roy was the third daughter of a Muslim father and a Hindu mother. Her parents divorced later. She was one of the leading Bollywood actresses of her time, but she quit Bollywood to settle down with Pakistani Cricketer Mohsin Khan, a decision she regretted later.
Nov 6, 2017, 1:36 pm ISTDid you Know?JhakaasMovies Staff

Reena Roy made her Bollywood debut with Danny Denzongpa in 1973 movie Nai Duniya Naye Log. She worked as a leading actress in many Bollywood movies from 1972 through 1985.

Reena Roy surprised the industry and tabloids in 1983 when she got married to the Pakistani cricketer Mohsin Khan, who was at his peak of his cricketing career. Even Reena Roy was at the prime of her film career, and was a bankable actress of that circa, making her the darling of film financiers. 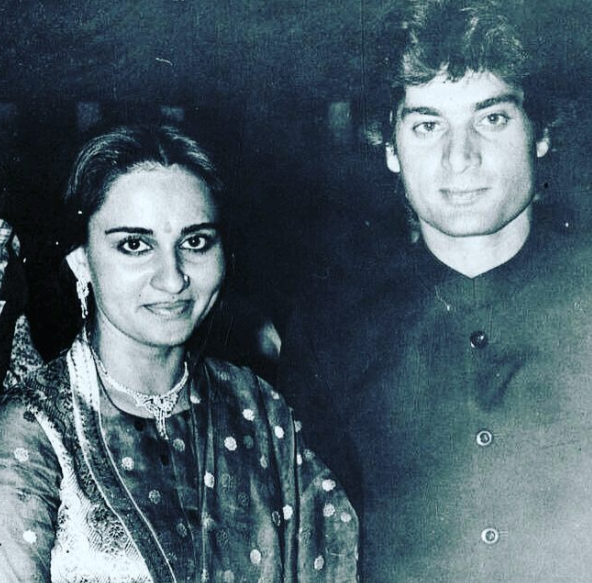 The marriage between Mohsin Khan and Reena Roy was a subject that brought a lot of attention: in fact, during the 1980s, when they started dating, the tongues had a field day. Reena herself was a fabulous Hindi Bollywood film star whilst her would-be partner, Mohsin Khan, was a very famous cricketer belonging to the Pakistani cricket team. Both the people, in their own right, attracted more than their fair share of attention and gossip but, when it became public that this couple were actually dating, the gossip reached new heights.

Mohsin and Reena had a straightforward private wedding supposedly held at Karachi in Pakistan. The initial years post-wedlock were bliss. Mohsin owned a large manor in London and the couple would often keep shuttling between their houses in England and Pakistan while sometimes making a stopover at Mumbai to meet Reena’s mother. Reena and Mohsin were eventually blessed with a daughter, whom they named Jannat, and that completed their family picture. 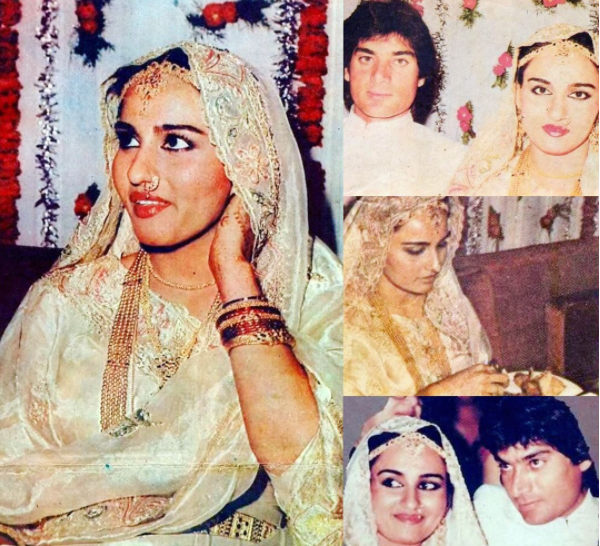 However, their marriage did not last too long.  In an interview, Reena shared that her husband was keen on settling down in England with a British citizenship, an idea she did not support due to her inability to adjust to the environment and the lavish lifestyle of Mohsin and his friends. Things soon started taking a turn for the worse when Reena started feeling that they were two contrasting personalities forced into a wedlock. She decided to speak to her mother about the matter. She shared the following anecdote about the conversation with her mother in an interview:

“At one point, I called my mom from London and asked her, ‘What is the meaning of marriage?’ She just said, ‘Nibha le. Shaadi means nibhana’. I listened to her otherwise I think I would have come back way earlier."

Reena couldn't adjust with Mohsin Khan's lifestyle and the two mutually decided on breaking their marriage in the early 90s. Reena returned to Mumbai and Mohsin returned to Karachi with their only daughter, Jannat. After the divorce decree, Reena left no stone unturned to get back her daughter, and after Mohsin’s third marriage, he handed over custody of Jannat, whom Reena later renamed Sanam. It is said that her daughter is in touch with her father. Taking about her feelings for Mohsin, Reena stated in an interview that:

“I have nothing against Mohsin per se. He is a wonderful person. After me, he married twice. His third wife takes good care of him. He is in touch with Sanam every day and she loves him.”

Interestingly Mohsin Khan had made his Bollywood debut in J P Dutta's 1989 film Batwara and Reena Roy's last Bollywood movie was J.P Dutta's Refugee, released in the year 2000. She then disappeared from the Bollywood Radar and made a conscious decision to stay away from the media.

After ending her marriage with Mohsin Khan, Reena went on to start an acting school and lives with her daughter Sanam in Mumbai.