The big budget multi-starrer Thugs of Hindostan is expected to have collected around Rs 50 crore on the day of its release. The Aamir Khan, Amitabh Bachchan film is said to have recorded the highest opening in history.
Nov 9, 2018, 10:20 am ISTNewsJhakaasMovies Staff

Thugs of Hindostan, the big budget film starring Amitabh Bachchan, Aamir Khan, Katrina Kaif and Fatima Sana Shaikh, has reportedly recorded the highest single-day sales in history with collections of around Rs 50 crore. The movie has surpassed the previous record of Rs 39.32 crore set by Salman Khan’s 2015 Diwali release Prem Ratan Dhan Payo and Rs 40.73 crore nett achieved by magnum opus Bahubali - The Conclusion. Its record-breaking advance tickets sale have had a huge role in the film’s performance on the day of its release. The film is also the best-ever Diwali release in the last 40 years. 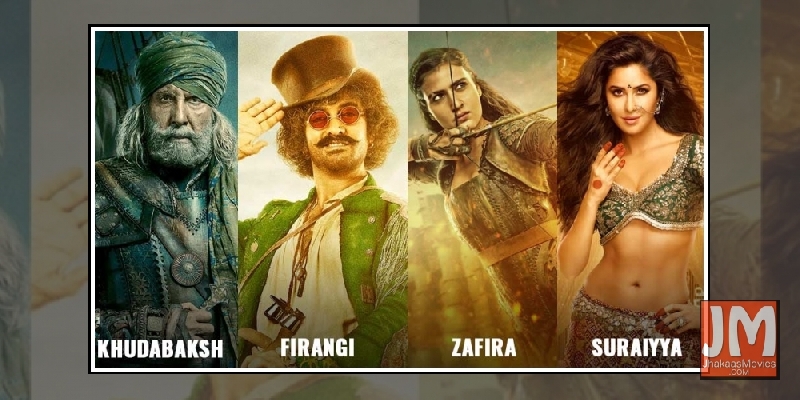 Thugs of Hindostan has also recorded the third highest pre-sales of all time with around Rs 27.50 crore nett. It is the first Bollywood film with such an advance tickets’ sale as only magnum opus Baahubali –The Conclusion and Hollywood film Avengers - Infinity War have recorded higher advance sales. The first-day box office figures of the film are estimated to be over Rs 50 crore. These are based on early estimates and the final opening-day numbers will be announced Friday morning.

For the record, the ticket prices of the film were hiked against the usual practice. However, the film had received a thumbs down from the film critics. Thugs of Hindostan is one of the biggest Bollywood films in quite a while. Backed by a production house like Yash Raj Films, it stars bigwigs like Amitabh Bachchan and Aamir Khan. It is set in the late 18th century and is based on Amitabh Bachchan’s Khudabaksh Azaad-led band of thugs that is fighting against the British East India Company rule. The movie also stars Katrina Kaif and Fatima Sana Shaikh.