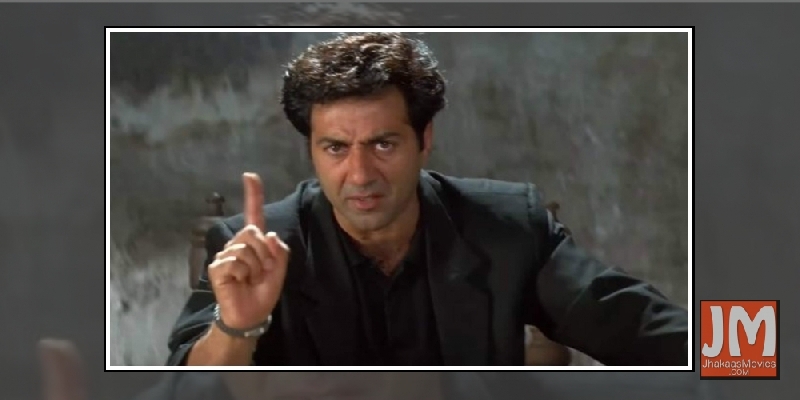 Sunny Deol (born 19 October 1956) is an Indian film actor, director, and producer known for his works exclusively in Hindi cinema. He is the son of veteran actor Dharmendra, and the elder brother of actor Bobby Deol and Esha Deol and Ahana Deol.

Deol made his debut in the 1983 romantic film Betaab in which role he was praised and he was nominated for best actor at Filmfare Awards. Deol has appeared in Rahul Rawail's Arjun (1985), in which he played the titular role of an unemployed youngster. The film went on to become a major hit and established Deol's status as an action hero. In 1986 he appeared alongside his father in Sultanat. In the final years of the decade, he appeared in several hits including Dacait (1987), Yateem (1988) and Paap Ki Duniya (1988). In 1989, he had back to back hits with Rajiv Rai's Tridev and Pankaj Parashar's ChaalBaaz. He even won his first Filmfare Award for Best Actor in Rajkumar Santoshi's 1990 film Ghayal. He paired with Aditya Pancholi in Vishnu-Devaa (1991). From 1992–1997, he gave back to back hits with films like Lootere, Darr, Jeet, Ghatak, Border, and Ziddi. In 1999 he made his directorial debut with Dillagi starring himself, his brother and Urmila Matondkar.

His first hit in the millennium was Anil Sharma's 2001 film Gadar. In 2003 he teamed up with director Anil Sharma yet again for The Hero: Love Story of a Spy, which also starred Preity Zinta and Priyanka Chopra. Released on 11 April, The Hero was billed as Bollywood's most expensive film at that time with an estimated budget of â‚¹600 million (US$8.7 million). The film became the third highest-grossing Bollywood film of that year. Sunny appeared alongside his father Dharmendra and Bobby Deol together for the first time in Apne (2007), and then yet again in Yamla Pagla Deewana.

Deol is married to Pooja Deol and the couple has two sons, Karan and Rajveer. Karan was an assistant director on Yamla Pagla Deewana 2 and has rapped in a song sung by Diljit Dosanjh in the film. Karan Deol is set to make his Bollywood debut with the Hindi language feature film Pal Pal Dil Ke Paas, presented by Dharmendra & Zee Studios to be produced by Sunny Sounds Pvt. Ltd.