Did you Know?   Juhi Was Never Interested In Aamir Romantically

QSQT featured Aamir Khan and Juhi Chawla which became iconic couples on screen. They went on to act in many films together. But when they did Ishq, it seems that all did not end well on the sets of the film. They ended up fighting during the shooting and stopped talking to each other for five years.
Aug 23, 2018, 5:04 pm ISTDid you Know?JhakaasMovies Staff

Juhi and Aamir’s friendship dates back to the early days in their career, as they started their career together with ‘Qayamat Se Qayamat Tak’. Juhi Chawla and Aamir Khan delivered a number of hits together. The actress shared a really close bond with Aamir. In one of the interviews, she had mentioned that if there was one platonic relationship that she had in her life, it was with Aamir, and that she loved him a lot! But, one prank of the superstar really made her get upset, so much so that she did not talk to her best friend for six years! Juhi once said that Aamir was her “4 AM buddy!” while reminiscing the incident when they did not speak with each other.

Aamir Would Tease Me ''Aamir and I used to fight like kids on sets. He would tease me, play pranks on me, we have seen him play pranks on other heroines, it was such a fun time. I really admired Aamir because anything that I asked him, he would explain in detail, he is a very intelligent guy. It was wonderful to listen to him. It was great comfort working with him.''

He Was My 4 Am Friend ''There was an ease, I always thought that if there was one person I can call when in trouble it was Aamir. He was kind of 4am friend. But he was such a prankster. One day, in Filmistan studios, while keeping a straight face he tells me that he knew how to read palms. He took my palm in his hand and suddenly spat on it and started running.''

I Was Never Interested In Him Romantically ''Aamir and I were the best of pals. If there was one platonic relationship I shared, it was with him. He was like my buddy, we were on back-slapping terms. I was never ever romantically interested in him. I just loved him. We would fight over stupidest of things and then come back together. During the shoot of Ishq, Aamir and I fought three to four times.''

After Our Last Fight I Got Really Upset ''He made me cry with his pranks, and after our last fight I got really mad at him and I didn't turn up for shoot the next day, which made him very angry. We stopped talking to each other. Both of us felt that we are angry with each other, we assumed that now we won't talk to each other ever. Obviously, we didn't know what was going on in our head.''

We Did Not Speak For Six Years ''Had I known that this wasn't true and I was just assuming, I would have gone and given him a hug. Why break our friendship? We didn't speak for about five to six years. Finally, I made the first move and went to meet him when there was something crucial happening in his life.'' 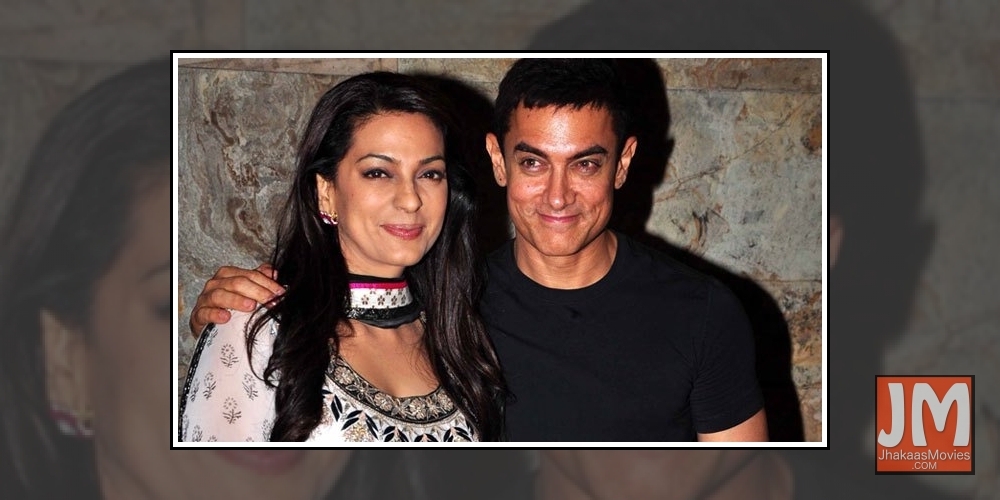 We Took Very Long To Make Up ''He told me then that he kept thinking I was angry. That is the most childish and stupid thing to do, we took very long to make up. But I learnt a very important lesson with this incide. Although we haven’t seen Aamir Khan and Juhi Chawla sharing screen space together much after Ishq, at least now, the duo continue to rejoice their friendship. In the same interview, the actress had stated that she would immediately agree for an Aamir Khan film because she would feel very safe and comfortable around him. In fact, he was also her go-to friend when it came to understanding things in the industry because she was new to the film fraternity and didn’t have a godfather.