Saudagar is one of Subhash Ghai's celebrated works starring Dilip Kumar, Raaj Kumar and Anupam Kher. The film, which explores the ideas of friendship and love, was released in 1991, a golden decade for the 'Showman'. It is still remembered for its deep and dramatic dialogues.
Aug 9, 2018, 12:13 pm ISTNostalgiaJhakaasMovies Staff

As Saudagar completes 27 years today, let's revisit some nostalgic experiences shared by Veteran Anupam Kher. Anupam Kher says it was an honour for him to share screen space with the legendary actor Dilip Kumar and late veteran Raaj Kumar in Saudagar. Anupam shared his experience from the film celebrating 27 years of Saudagar. "It was an honour to share screen space with legendary Dilip Kumar Saab and late Raaj Kumar Saab," Anupam captioned.

Released in 1991, Saudagar revolved around the friendship between Veeru and Rajeshwar, which turns bitter and they become enemies. They choose to confront their enmity only years later when their respective grandchildren fall in love with each other. 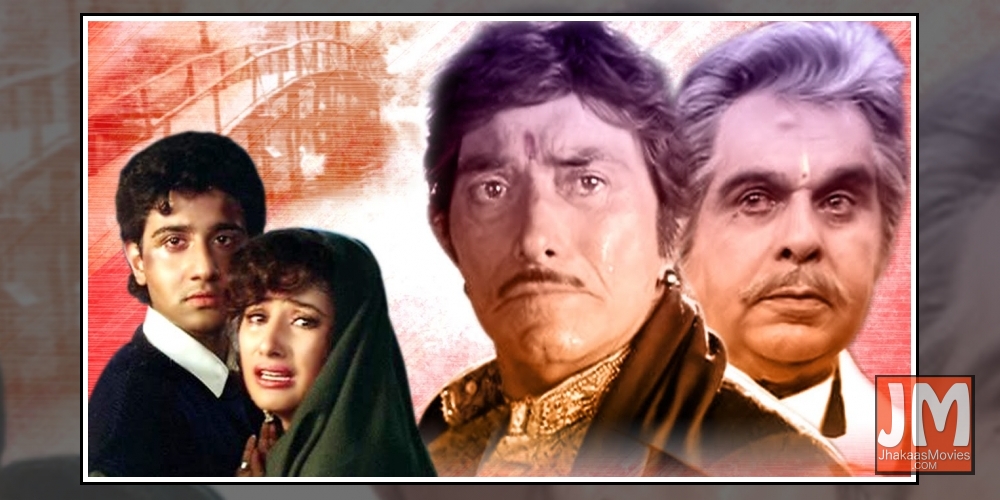 This was the second film in which Dilip Kumar and Raaj Kumar came together after the 1959 film Paigham. Directed by Subhash Ghai, Saudagar also featured the debut performances of Vivek Mushran and Manisha Koirala. Amrish Puri, Anupam Kher, Dalip Tahil, Gulshan Grover, Dina Pathak and Jackie Shroff were also part of the film.