Hum Aapke Hai Koun..! hit the theatres on August 5, 1994.Hum Aapke Hain Kaun starring Salman Khan and Madhuri Dixit is one film that gave people a reason to flock theaters at a time when single screen cinema halls ruled. Today 24 years later the cinema continues to hold as much charm as it did then.
Aug 6, 2018, 12:03 pm ISTNostalgiaJhakaasMovies Staff

Bollywood's most celebrated love story, Hum Aapke Hain Koun...! has completed 24 years of release. The first Bollywood film to collect over 1 billion, Hum Aapke Hain Koun is still remembered as one of the purest and most innocent love stories of all times. The film explored Indian values, traditions, romance and presented it in a grand way on screen. As the film completes 24 years today, let's take a look at some of the lesser known facts of the movie.

This movie has given me memories to cherish for a lifetime ðŸ˜‡ðŸ’• https://t.co/l2Bwj8QZl3

1. Hum Aapke Hain Koun...! was a remake of 'Nadiya Ke Paar'. Released in 1982 the film was made under Rajshri Productions. The film starred Sachin, Sadhana Singh, Inder Thakur, Mitali in lead roles. Inder Thakur, who played the role of Sachin's elder brother in the movie Inder Thakur, died in the crash of Air India Flight 182. The film was basically a rural love story.

2. Late and acclaimed painter M.F. Hussain had seen the film 85 times. MF Hussain was so charmed by Madhuri after watching Hum Aapke Hain Koun that he made a film which starred Madhuri in lead role. The film titled 'Gajagamini'. He also made many paintings on Madhuri. 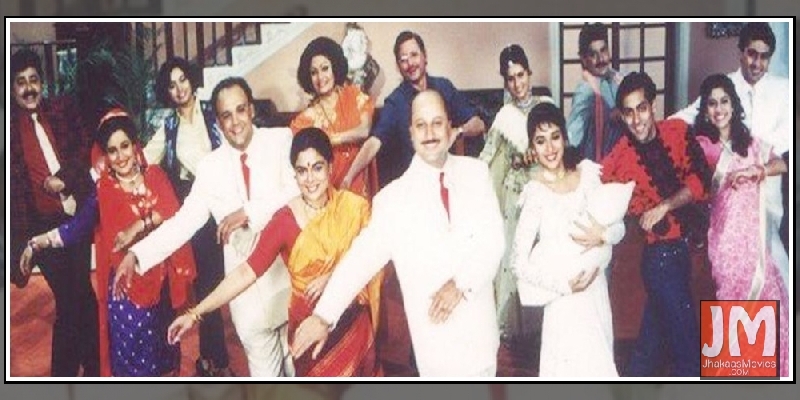 4. 'Didi Tera Devar' emerged as the most popular wedding number of the season. But very few know that the song is inspired by 'Saare Nabian'. The song 'Saare Nabian' was sung by Ustad Nusrat Fateh Ali Khan. The film in total had 14 songs which was much beyond the average number of songs in any film. Songs like Maye Ni Maye, Joote De Do, Hum Aapke Hain Koun became quite popular with the masses. 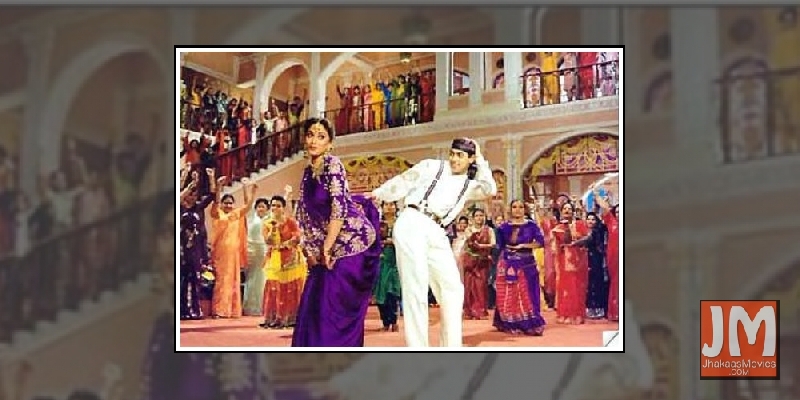 5. The movie has a running time of 206 minutes. The film was later dubbed into Telugu and released as Premalayam.