There's no context of exaggeration when we use the term India's Biggest Blockbuster for Sunny Deol, Ameesha Patel starrer Gadar: Ek Prem Katha. The film that almost truly broke all box office records at the time of its release is distantly ahead of all blockbusters falling in line. On 15th of June 2001, the Anil Sharma directorial hit theaters across the world and spread its prolific word like a wild fire overnight.
Jun 15, 2018, 11:06 am ISTNostalgiaJhakaasMovies Staff

Having opened opposite an equally stiff competition like Lagaan, the film dominated box office like it was meant to be. Wrapped along an extremely weighted plotline, the film had blockbuster written all over it. It was only going to be a matter of time until the audiences were found queueing up a night before to get the tickets of the film.

The story is loosely based on real life story of Boota Singh.

Kajol was the original choice for Amisha Patel's role. She had date issues.

It is a world record that 10 crore tickets of gadar were sold as compared to any other film in the world.

Gadar: EkPrem Katha is the most watched Hindi film in India as it recorded 5.05 crore footfalls in India.

Written by Shaktiman Talvar, the film was laced along with some very powerful dialogues. Here are 5 of what we feel will remain with us forever: 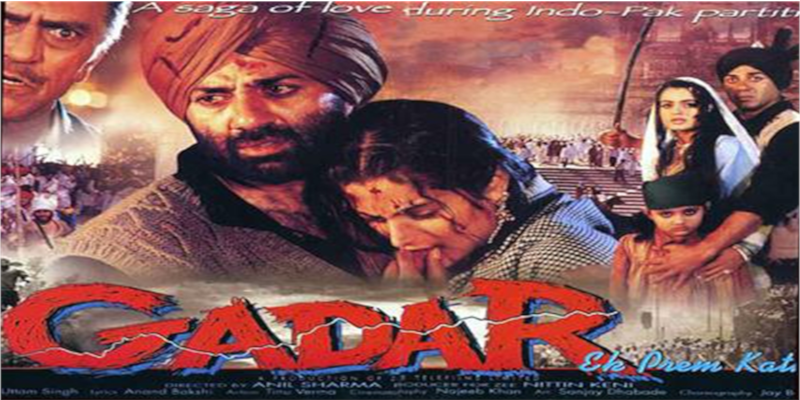