Shah Rukh Khan turns 53 today. Apart from being the quintessential charmer of Bollywood, SRK can sweep you off your feet with the way he romances his heroines on-screen. Whether it was the iconic palat scene from Dilwale Dulhania Le Jayenge or the mushy climax of Dil Toh Pagal Hai, SRK can romance like no one else. While we gear up to take over the Friday, the world is busy celebrating King Khan's birthday.

Amidst birthday celebrations, the Badshah of Bollywood has something more exciting to give back to them – the trailer of his most awaited film, Zero today. SRK's close friend and filmmaker Karan Johar took to his Instagram page and shared a candid click of the superstar feeding a piece of cake to his wife Gauri Khan. In the photo, the birthday boy is seen flaunting his cute dimples and Gauri couldn't contain her excitement in ringing in his birthday. KJo posted the photo with the sweetest caption stating, "Happy birthday bhai!!!! Have known Gauri and you for 25 years and it will always be the most special relationship of my life!!! Thank you for being family and for all the memories ...and here’s to many more!!! May #zero be your biggest and hugest blockbuster!!!" 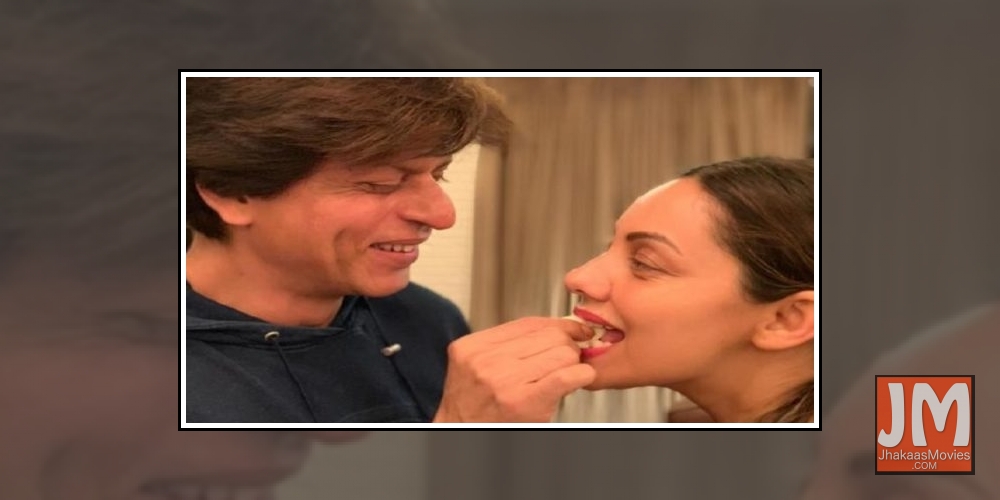 SRK’s friends from the industry seem to be as excited as the audience about the new film. Bollywood began sending him birthday wishes right from midnight, with his good friend and filmmaker Karan Johar being one of the first celebrities to wish him. They also wished him luck for his much-awaited movie.

Directed by Aanand L Rai, Zero also stars Anushka Sharma and Katrina Kaif. The film has Shah Rukh playing a vertically challenged man. The details of Anushka and Katrina’s role have been kept under wraps. Zero releases on December 21.