Did you Know?   10 Famous Bollywood Filming Locations in India

It might be the most ordinary of locations, but put it in a Bollywood movie and it will turn into a tourist spot overnight. Thatâ€™s what happened to these 10 places in India.
Sep 6, 2018, 12:30 pm ISTDid you Know?JhakaasMovies Staff

From the tea estates of Darjeeling to the palaces of Udaipur, from the snowy hills of Kashmir to the ghats of Varanasi, Bollywood has always found inspiration in the rich history, culture and natural landscape of some of these amazing destinations. If you’re planning to visit any of these places, you can catch a glimpse of their beauty from the films which have been shot here. Some of them were totally unknown, others were already famous in their own right but after being included in iconic Bollywood scenes, their fame has increased tenfolds. Discover the most famous Bollywood locations in India.

(Also Read): 7 Bollywood Movies that Inspire You to become GlobeTrotter.

#1. Gulmarg
Ever since Shammi Kapoor started what is known as Bollywood’s affair with the Kashmir valley, the green meadows and snow-capped mountains of Kashmir have been home to a number of song and dance routines. However, with peace being restored in the valley, Bollywood’s back to what it does the best i.e. capture Kashmir’s beauty in the lens. In this second innings of Bollywood in Kashmir, Gulmarg has cropped up as the most preferred spot in the valley with a lot of blockbuster movies being filmed in this snow-capped region. Time and again movies like Yeh Jawaani Hai Deewani, Highway, Rockstar and Haider have shown that Kashmir is more than just Dal Lake and have strung engaging stories with Gulmarg at the center. There was also a minor controversy when the film Yeh Jawaani Hai Deewani, which was actually filmed in Gulmarg, was passed off as Manali in the movie. 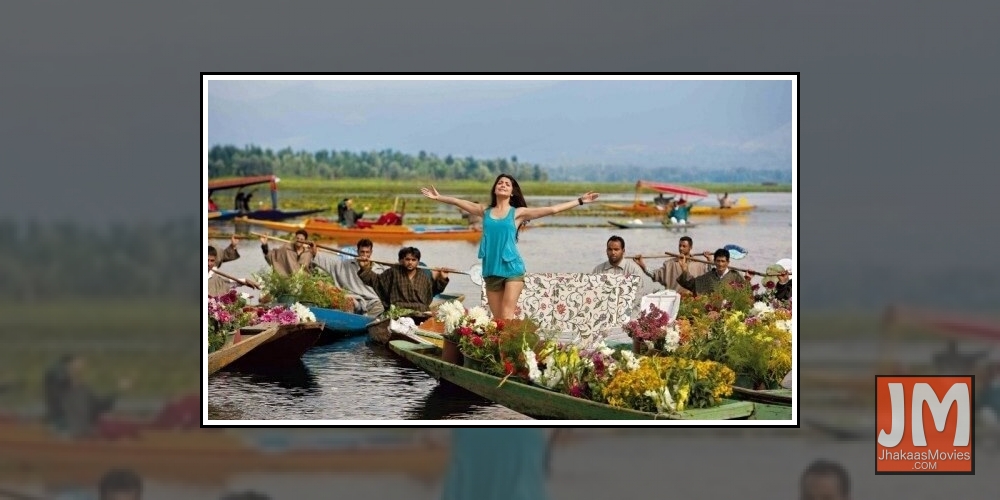 #2. Darjeeling
The list of films shot in Darjeeling, West Bengal are endless. Jagga Jasoos, Main Hoon Na and Barfi are the latest films that have featured this lovely little town. Darjeeling was especially popular during the 1960s when over 10 films were shot here during the decade. The lush tea gardens, the snowcapped mountains, the quaint architecture and the warm hospitality of its people make Darjeeling a place you keep wanting to return to. 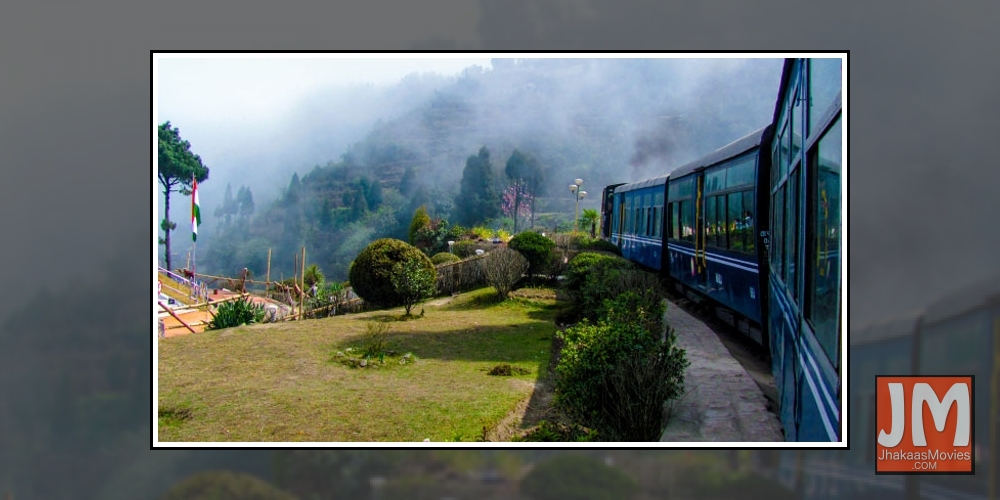 #3. Shimla
Shimla has been a favourite with filmmakers ever since the advent of Bollywood. Whether it’s the 1960s romantic movie Love in Simla or recent hits such as Bang Bang and Mai Tera Hero, Shimla, which was once the summer capital of the British Raj, has played the perfect host to Bollywood for years. The endorsement it has received from the film industry has helped boost tourism in the region in a big way. Apart from the pristine landscape, the colonial architecture lends a special character to this town. 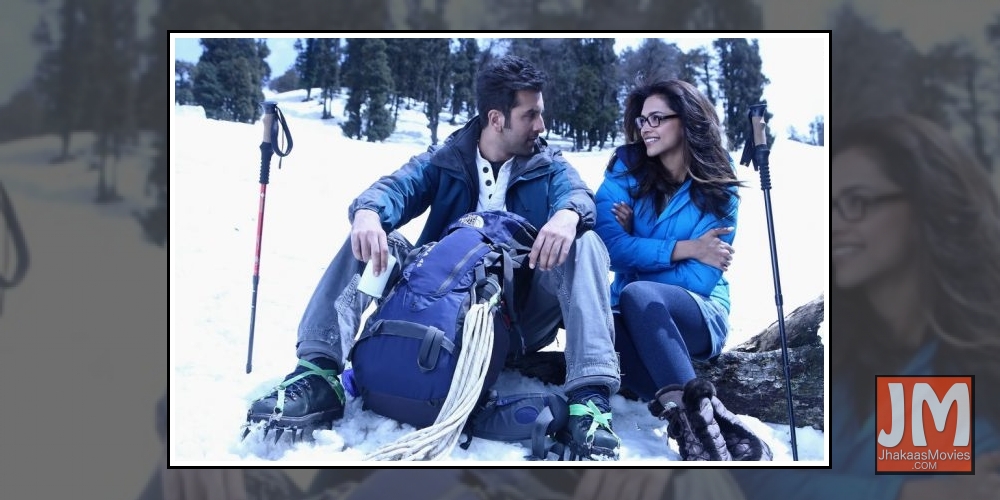 #4. India Gate
India Gate is a War Memorial dedicated to the Indian soldiers who fought in the British Army during the First World War. The grand structure, therefore, formed an apt location for filming one of the most memorable scenes from Rang De Basanti, a film inspired by India’s freedom fighters. Chak De! India, a patriotic sports film, also features India Gate in one of its scenes. In Bollywood, the War Memorial has become synonymous with patriotic sentiment. 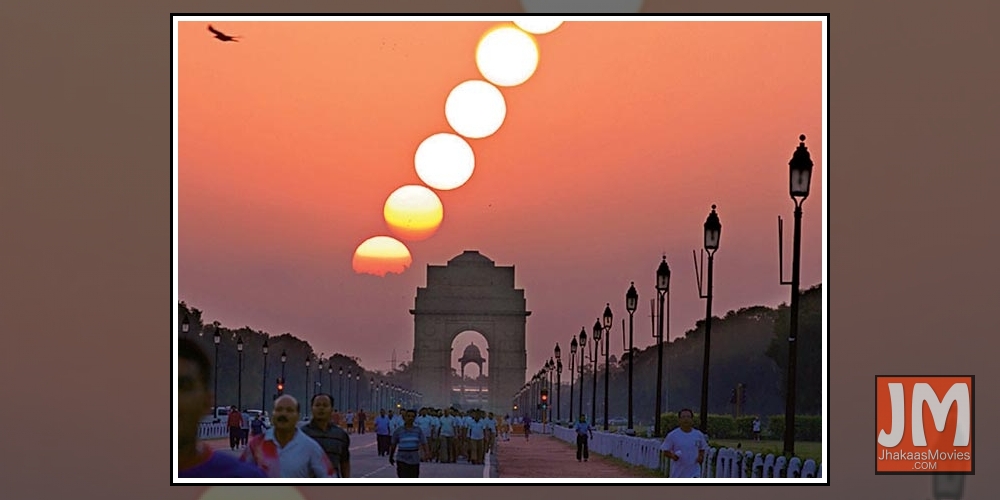 #5. Udaipur
Bollywood is forever in pursuit of virgin destinations which haven’t been exposed much on the big screen but still offer stunning visuals. And it did not take long for filmmakers to camp up in Udaipur, the place which exudes royalty. Ever since movies like Yeh Jawaani Hai Deewani and Ram Leela were shot in the iconic royal heritage sites of Udaipur, including the Udaipur Palace, the place has become a must for all travel enthusiasts. Whether it’s a destination wedding or spending a long weekend, we can’t just stop finding new reasons to take a plunge in the royalty of Udaipur. 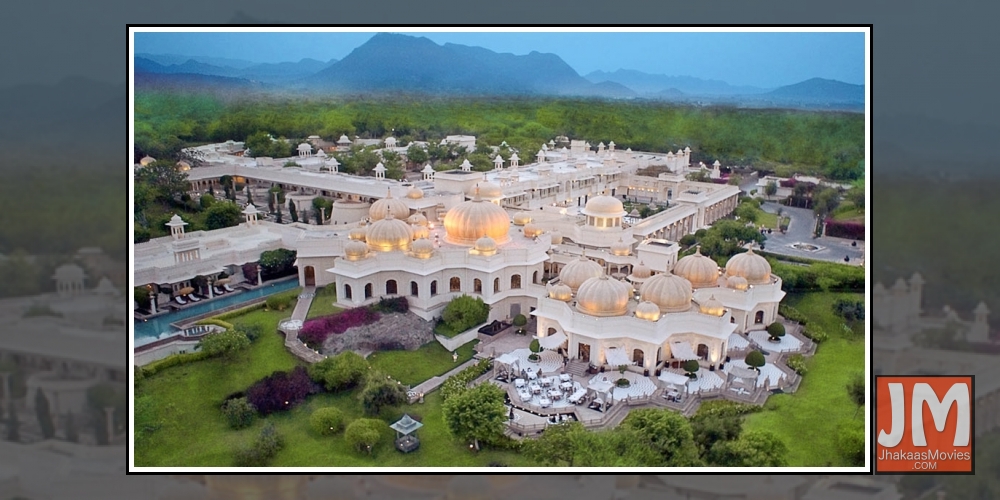 #6. Pangong Lake
Pangong Lake might not necessarily ring a bell but if we say the river at the banks of which 3 Idiots’ last scene was shot or the icy cold river from which SRK saves a drowning Anushka Sharma in Jab Tak Hai Jaan, then it would become very obvious. Call it the resurgence of travel as a genre in Bollywood or the sheer beauty of the place, Pangong Lake has become the darling of Indian filmmakers and one of the most sought-after travel destination despite its hostile climatic and travel conditions. 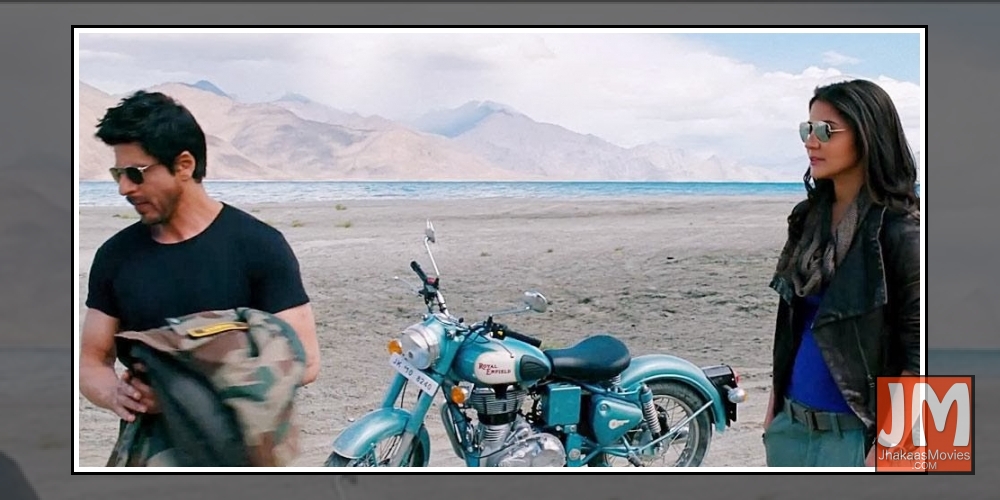 #7. Varanasi
The religious city of Varanasi has also captured the imagination of several filmmakers. Romantic drama Raanjhanaa and the critics’ favourite Masaan were filmed in this ancient locale. The 2005 Deepa Mehta film Water, which revolves around the plight of widows living in an ashram in Varanasi, was forced to move its filming location to Sri Lanka when right-wing groups vandalized the film’s set, claiming it showed the country in a bad light. 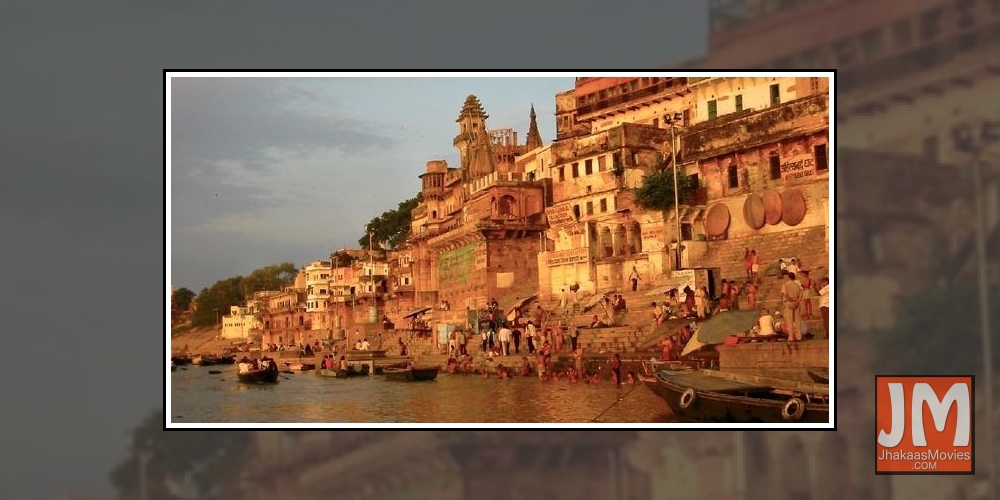 #8. Fort Aguada, Goa
Replete with idyllic beaches, beautiful churches, and breathtaking waterfalls, India’s premier unwind destination has been the ultimate muse of Bollywood. However, its the laid back Fort Aguada in North Goa which has found a special place in Indian celluloid. The rocky fort has been an integral part of a lot of iconic scenes from Rangeela, Dil Chahta Hai, Golmaal, Dhoom, and Honeymoon Travels and has become a must-visit destination for the tourists. After all, who doesn’t want to sit on the dull bricks and stare into the nothingness of the sea below while the sun sets. 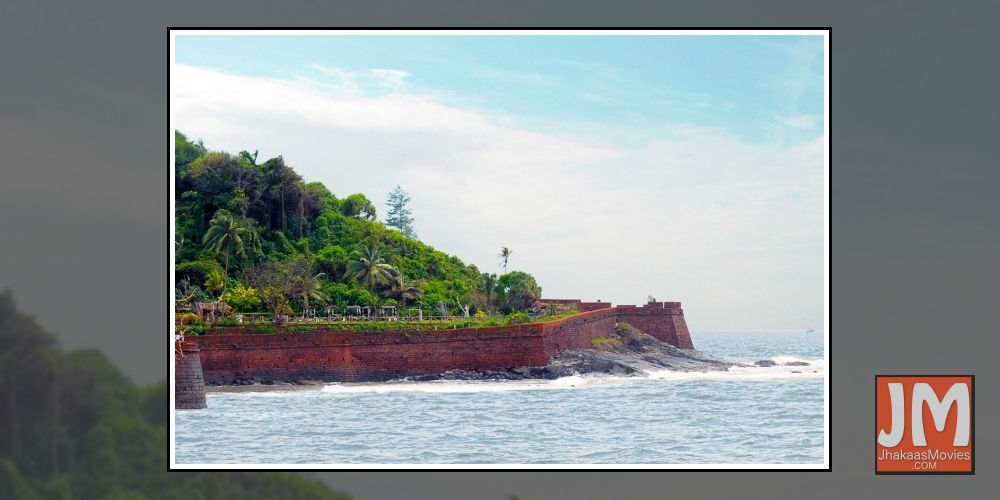 #9. Hidimba Devi Mandir
Hidimba Devi Mandir lies in the hill station of Manali in Himachal Pradesh, which is a favourite Bollywood location. The temple is devoted to Hidimba Devi, who is the wife of Bhima, one of the protagonists in the Indian epic Mahabharata. The beautiful structure, nestled amid a thick cedar forest, served as a filming location for the 2013 romantic comedy Yeh Jawaani Hai Deewani as well as the critically acclaimed 1992 drama Roja. 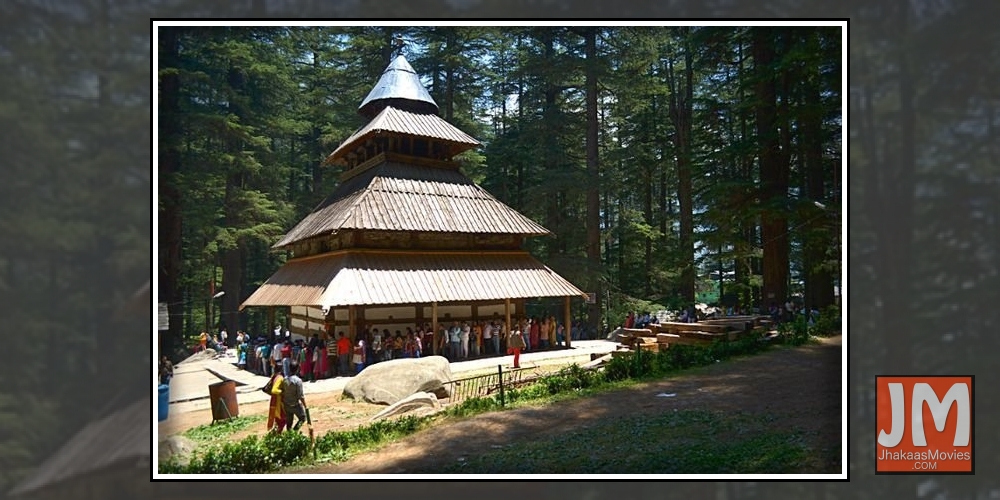 #10. Dakshineswar Kali Temple & Howrah Bridge, Kolkata
You can take Bollywood out of Kolkata but you can never take Kolkata out of Bollywood. Such is the infectious vibe of this city that even after a long spell of cinematic drought, Kolkata has found its feet in Bollywood like never before. Be it the Durga Puja celebrations in Vicky Donor and Kahani, tram rides in Barfi, coal business in Gunday or Howrah Bridge in Detective Byomkesh Bakshy, Kolkata plays a protagonist every time a story is set in the City of Joy. No wonder there’s been a phenomenal growth in West Bengal tourism and it’s only going to increase with each blockbuster movie shot with Kolkata at its epicentre! 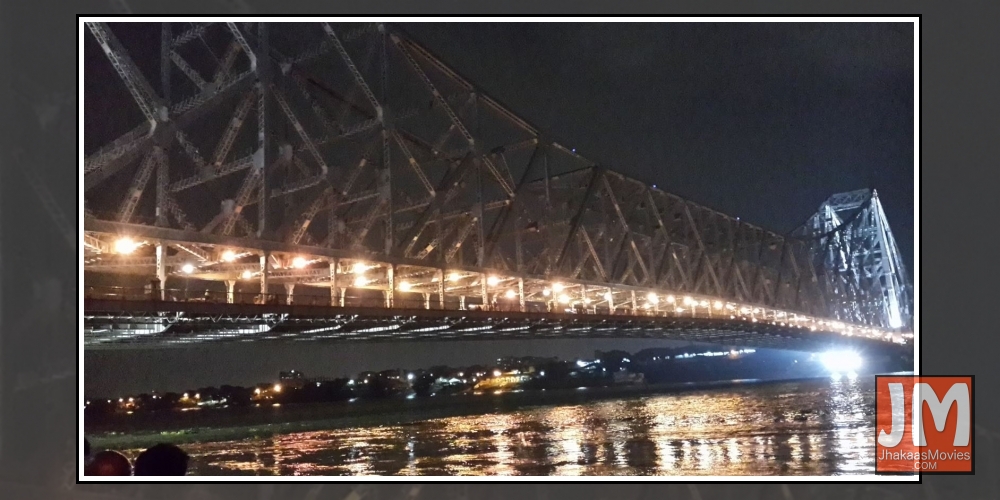