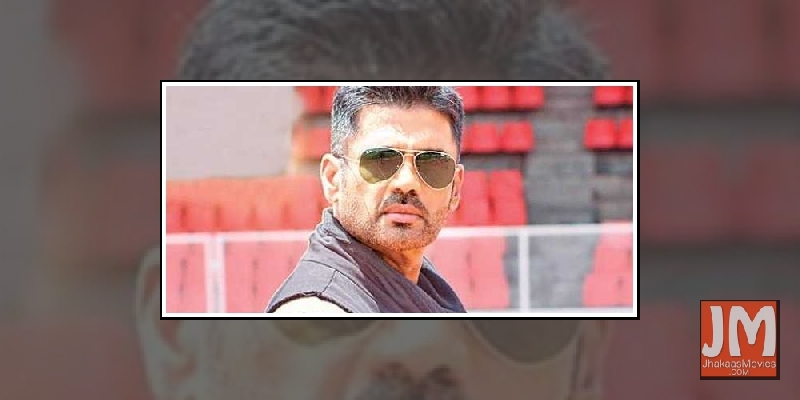 Sunil Veerappa Shetty (born 11 August 1961)[2] is an Indian film actor, producer and entrepreneur predominantly active in Bollywood who has acted in more than 110 films. His major works have been action films.[3] He has also acted in Malayalam, Tamil, and English language films.

The actor has entrepreneurial ventures as well. Shetty produced films such as Khel – No Ordinary Game, Rakht and Bhagam Bhag under the banner of Popcorn Motion Pictures. Along with Mukesh Chhabra, one of the best known names in the casting fraternity. He is a well known in restaurant business in Mumbai. The Actor owns Mischief Dining Bar and Club H20, in Mumbai. Both the places are running successfully.

He is married to Mana Shetty and has two children, actress Athiya Shetty (born 5 November 1992)[14] and Ahan (born 15 January 1996).[15] Athiya made her acting debut opposite actor Aditya Pancholi's son Sooraj Pancholi in Hero.