Late,Yash Chopra got a rare distinction of directing the former Prime Minister Atal Bihari Vajpayee for a music video 'Kya Khoya Kya Paaya'. 'Samvedna', a music album released by Saregama, is a collection of poems written by Mr. Vajpayee, which is composed and sung by ghazal exponent Jagjit Singh, with preface by Amitabh Bachchan.
Aug 17, 2018, 11:53 am ISTNostalgiaJhakaasMovies Staff

Yesterday evening, the nation received a shocking piece of news that Atal Bihari Vajpayee, the former Prime Minister of India is no more. The 93-year-old BJP stalwart passed away after battling prolonged illness. He was not only one of the most respected leaders of all times but also a poetry legend whose words left a deep impact. Not many people are aware that Vajpayee had teamed up with Late. Yash Chopra and Shahrukh Khan for a music video tited 'Kya Khoya Kya Paaya'. 'Samvedna', a music album released by Saregama, is a collection of poems written by Mr. Vajpayee, which is composed and sung by ghazal exponent Jagjit Singh. There is a preface to the album by Amitabh Bachchan, which is written by Javed Akhtar.  Directed by Yash Chopra. the video featured Baadshah of Bollywood Shahrukh Khan.

The Prime Minister received the first copy of the album after sitar maestro Pandit Ravi Shankar released it on 10 February 2002 at Siri Fort Auditorium, New Delhi. The album is interspersed with his narrative, explaining his feelings behind each poem that were written during the Emergency.  On his debut as an actor, Vajpayee had said, "Yash Chopra suddenly came into my room and said that he would like to direct me to which I replied 'I am ready to place myself in your hands and will do whatever you direct'. I have always been an admirer of his work". 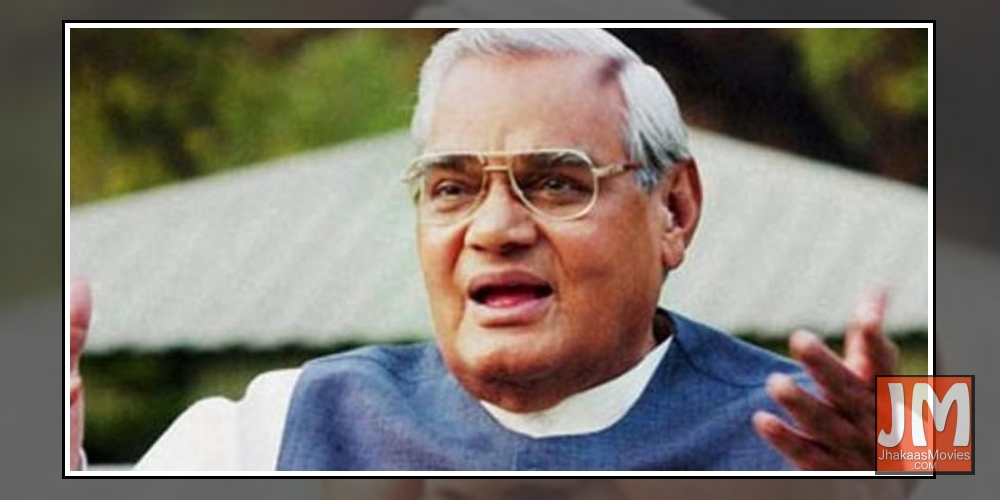 Check out the music video here: