On the twelve year anniversary of Hrithik Roshan's superhero film 'Krrish', we share some of the interesting facts about the only Superhero to be able to defeat Marvel universe's Thanos. Krrish is the most loved Superhero of India, the film won hearts of audience turning into blockbuster franchise.
Jun 25, 2018, 1:54 pm ISTNostalgiaJhakaasMovies Staff

It was on this week exactly nine years ago that Hrithik Roshan’s career received a new lease of life, when 'Krrish' opened to a fabulous response at the box office and gave Indian cinema its most memorable superhero of all time.

It was in 2000 that Hrithik Roshan made an impressive debut, when he starred in 'Kaho Naa Pyaar Hain'. The film featured him in a lover boy avatar and helped him establish himself as a bankable star. However, it was 'Krrish' which helped him showcase his acting abilities to the fullest. In it, he essayed to contrasting characters with absolute ease, proving his versatility as a performer. 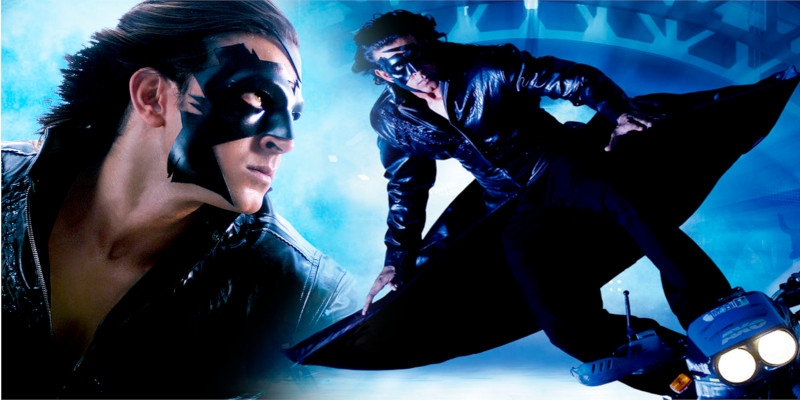 This Rakesh Roshan-directed film was not just merely a successful follow up to 'Koi Mil Gaya', but the beginning of a revolution that impressed children and adults alike. And this made it the best franchise ever in Bollywood. Krrish' wasn’t just about action or stunts. Its narrative contained liberal doses of romance, drama and emotion making a treat for all and sundry. Moreover, the film also boasted of some catchy numbers which were composed by Rajesh Roshan.

The film was released worldwide on 23 June 2006 at a budget of â‚¹450 million and on 1000 prints, both near-record amounts for an Indian film at the time. Krrish received mixed reviews from critics in India, but got a record opening week at the box office. A blockbuster, Krrish became the second highest earning Indian film of 2006. Krrish was nominated for eight Filmfare Awards, including Best Film, Best Director, Best Actor for Roshan, and Best Supporting Actress for Rekha, winning three, including Best Special Effects. At the 2007 IIFA Awards, the film received nine nominations and won three, with one being Best Actor for Roshan. It also won the National Film Award for Best Special Effects. The third film in the series, Krrish 3 was released in 2013.

The tremendous success attained by 'Krrish' proved that Indian audiences were more than willing to accept films revolving around superheroes.