Hum Log, the serial that revolutionized Indian television completes 34 years. Indian television's first soap-opera, started in July, 1984, was the story of a middle-class family and it's struggles and aspirations.
Sep 15, 2018, 4:10 pm ISTNostalgiaJhakaasMovies Staff

For those uninitiated, it all started with Humlog and not Kyunki Saas Bhi Kabhi Bahu Thi. Humlog was the first soap-opera of  Indian television telecast on Doordarshan. A brainchild of the then Information and Broadcasting Minister, Vasant Sathe, Hum Log was developed in collaboration with writer Manohar Shyam Joshi and director P. Kumar Vasudev, into a timeless story.

Alcoholic Basesar, suppressed Lajwanti, unemployed elder son Lalloo, a daughter aspiring to be actress Manjhli or son wanting to be a cricketer Nanhe. Is there any of these characters you do not come across even in 2014? Their lives and dreams which clashed with each other in the small decrepit house thirty years ago, still clash in several such homes across India. You will still find an alcoholic father cursing his wife for having three daughters. You will still find one Manjhli in a middle-class household waiting to runaway to be a star.

A look back at the story of Basesar Ram and his family explains why the 156-episode saga still occupies special place in the hearts of the viewers.

At the core of it's struggle Hum Log had woman empowerment woven into it. The show's principle female characters-Bhagwanti, Badki, Manjli and Chutki- all were in a constant struggle with their status and identity. Bhagwanti- Mother of 5, Bhagwanti was the quintessential self-sacrificing, subservient Indian woman whose lived for kids and husband. Walk around in your neighborhood and see how many Bhangwantis you meet today. Badki- Eldest daughter was a social worker by profession. No matter how liberating it sounds, Badki constantly struggled to break free from the web of dowry and lack of it until she meets a doctor. Manjhli- Manjhli tried to liberate herself from stagnant middle -class existence. She runs away to fulfill her dream. One may argue that this is no women empowerment, however, what we may like to see in Manjhli is a woman's will to dream and break free, anyhow. Chutki- Youngest daughter Chutki aspiring to become a doctor was a ray of hope for Bhagwanti and Badki. 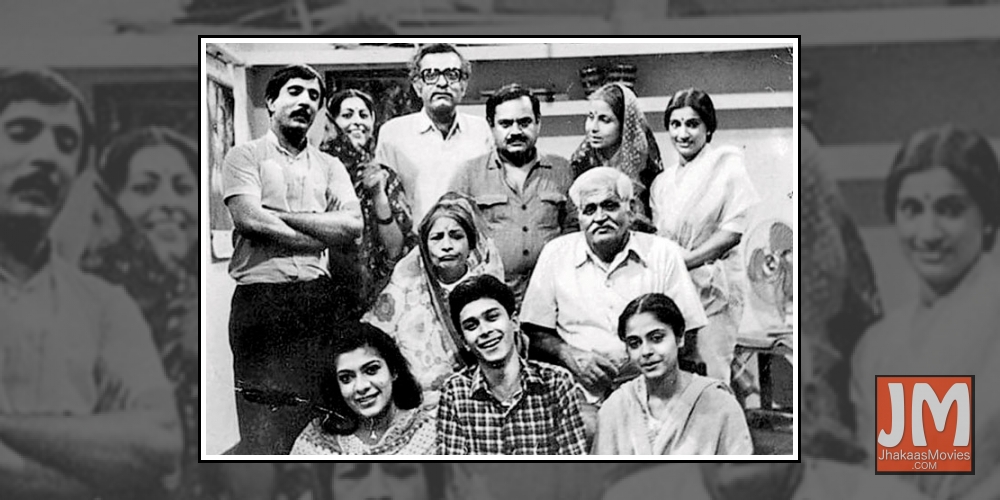 At the end of every episode, legendary film actor Ashok Kumar would appear on the screen and discuss the ongoing story and situations of the show with the audience using Hindi couplets and limericks. Ashok Kumar apparently once confessed to a friend "18 months of Hum Log did more to (his) popularity than 50 years of films." Some say, youngsters wrote to Kumar pleading him to convince their parents that they be allowed to marry man/woman of their choice. Reportedly, Kumar kept receiving occasional letters as late as 1998, 13 years after the soap ended. Interestingly, Ashok Kumar would wear sunglasses before shooting for the epilogue, because he didn't want the audience to know that he was reading on the teleprompter.