Younger Brother of Dev, Vijay Anand had slipped easily into Navketan and after cutting his teeth as an apprentice with eldest brother Chetan, began making films for the family firm. Successful films like Jewel Thiefâ€”one of the best caper films made in Indiaâ€”and then Johny Mera Naam, Devâ€™s biggest-ever hit.
Nov 16, 2018, 5:22 pm ISTNostalgiaJhakaasMovies Staff

Teesri Manzil was Vijay’s first film outside Navketan, the family banner, and therein lies a story as intriguing as the film itself. As the younger brother of Dev, Vijay had slipped easily into Navketan and after cutting his teeth as an apprentice with eldest brother Chetan, began making films for the family firm. But, after directing four films, he was getting restless and wanted to try his hand outside Navketan. 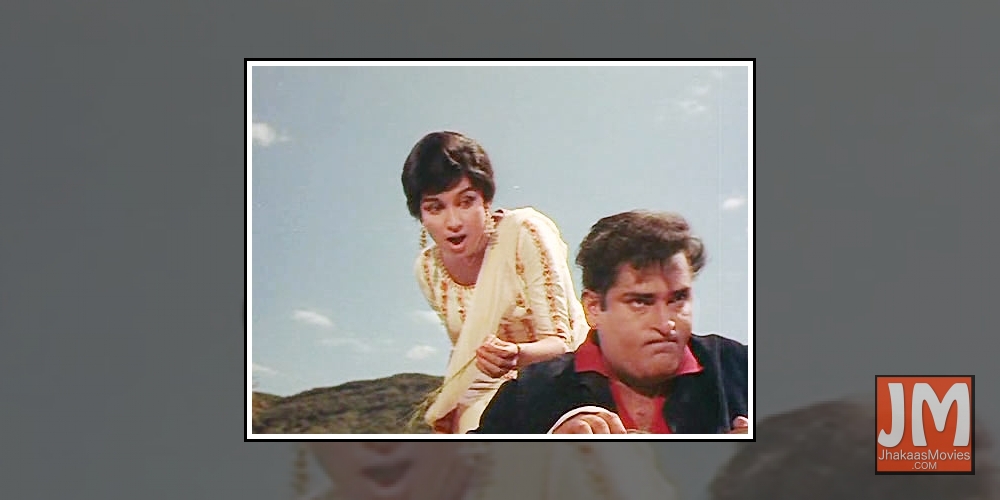 The opportunity came when Nasir Hussain, known for his frothy romances, invited Dev and Vijay to work with him. It all looked promising but Dev and Hussain fell out bitterly, with the star walking out of a party saying he would not act in the film. Shammi Kapoor was roped in and Vijay decided to stay on; in his biography of Shammi Kapoor, Rauf Ahmed says the actor insisted on getting the go-ahead from Dev before accepting the role.

More drama was to come. Shammi wanted his own music composer—either Shankar Jaikishan or O.P. Nayyar. Hussain had committed to a young, upcoming music director, Rahul Dev (R.D.) Burman. At the time, Shammi was at the top of his career and his starry airs were well known. A meeting was set up between Shammi and Pancham, as Burman was called; a nervous Pancham played his tunes, which drew from diverse sources such as Nepali folk music and Brazilian bossa nova, and Shammi gave the thumbs up. These serendipitous developments brought together a diverse group of talented people who created a film that remains fresh to this day. Though it is very much a 1960s’ film in terms of styling and storytelling, it is not just a quaint cultural artefact but also a remarkably contemporary entertainer.

The Anands, Hussain and Shammi Kapoor had much more modern sensibilities; for them, the world of clubs, Western music and dance was quite normal, with no negative connotations attached to it. Shammi, who had played musicians in the past, had already positioned himself as a kind of Elvis Presley clone and the character of a drummer in Teesri Manzil was par for the course. The story did not waste time showing the families of the lead pair; Asha Parekh has a father (and he is supposed to give his blessings for her betrothal), but his is a tiny part. In Hussain’s films, which were about, and for, the young, there was no room for weeping mothers and stentorian fathers. Parekh played the role that she enacted for most of the 1960s—a sprightly, tomboyish girl who does not hesitate to chase the boy as much as he chases her. This was the first time Vijay was directing someone else’s script. But though the story and script are by Hussain, this is a Vijay Anand film.