The Film is regarded a Cult Classic, and ahead of its time. The film is an underrated classic directed by Yash Chopra, based on the Chasnala mining disaster. Movie had stunning performance from Amitabh Bachchan, who has little dialogue but conveys his conflict through his expressions.
Aug 24, 2018, 11:29 am ISTNostalgiaJhakaasMovies Staff

Kaala Patthar, disaster drama film was released in 1979. It was produced and directed by Yash Chopra, with a screenplay written by Salim-Javed. This film is the fourth collaboration between Amitabh Bachchan, Shashi Kapoor and director Yash Chopra after the hugely successful Deewaar (1975), Kabhie Kabhie (1976) and Trishul (1978). However, this film did average business at the box office. It was nominated for 8 Filmfare awards. While Rajesh Roshan composed songs for the lyrics penned by Sahir, the background score was composed by Salil Chowdhary.

List of facts that you may not be aware about this classic film 'Kaala Patthar'. 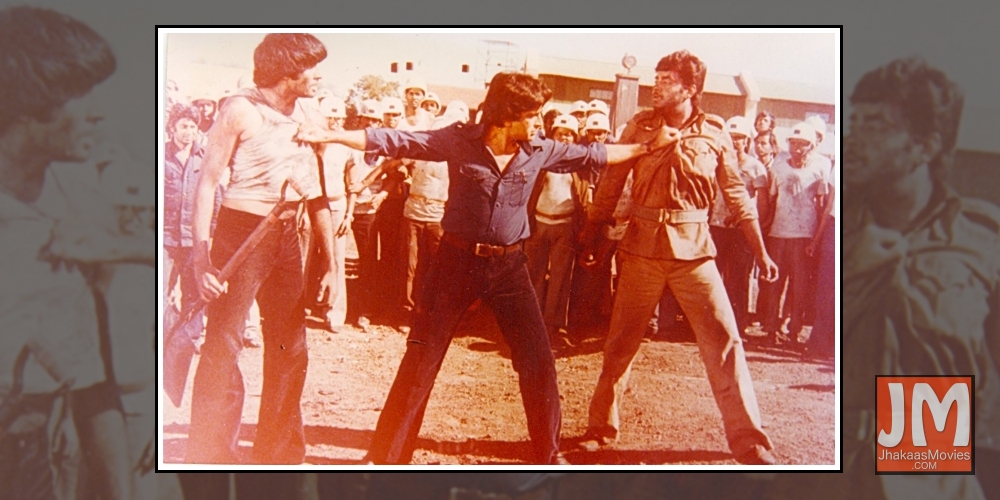 2. This film was the fourth association between Amitabh Bachchan, Shashi Kapoor and Yash Chopra.

4. Despite its nominations in various categories such as Best Film, Best Director, Best Actor, Best Story in the 1980 Filmfare Awards, it has never won any award.

5. The background music was scored by Salil Chowdhary, however the lyrics were written by Rajesh Roshan.

6. This film is based on the true incidence of Chasnala mining disaster that occurred on 27 December 1975 in a coal mine in Chasnala near Dhanbad in the Indian state of Jharkhand. There was an explosion in the mine followed by flooding that killed 372 miners.

8. The film is filled with greys, black and browns, bringing to life a start reality of the miners that highlights their hopelessness and susceptibility to injuries.