Nostalgia   14 years of Lakshya: A film that deserved much more...

14 years of Lakshya: A film that deserved much more...

Farhan Akhtar started his career with Dil Chahta Hai a spectacular debut. He had captured everyone's imagination with his first film. And then came Lakshya came, with both Hrithik Roshan and Preity Zinta sporting curious haircuts. The film did not perform as it was expected in the box office.
Jun 19, 2018, 10:16 am ISTNostalgiaJhakaasMovies Staff

There were reports of Farhan Akhtar's second film starring Hrithik Roshan as an army officer. The film released and shortly after, it flopped. Now after 14 years after it released , Lakshya has developed into a cult of sorts. Many have watched and rewatched the movie on TV and found plenty to like about it. For example, it has arguably Hrithik Roshan's best performance till date.Basically, Lakhsya is like fine wine which gets better with age. Lakshya is the underdog of Farhan Akhtar's illustrious label.

The film has some of the most beautifully-directed sequences in the bits featuring IMA, Dehradun, and the rock-climbing scene in the climax. In many ways, that sequence created history becoming the highest crane shot taken at 18000 ft. The amazing cinematography is courtesy German Director of Photography, Christopher Popp. Sadly, Shankar-Ehsaan-Loy's soundtrack was overlooked including gems like 'Kitni baatein' sung by Hariharan and Sadhana Sargam. The title track sung by Shankar Mahadevan himself gained popularity only later, like the film.

The film accomplishes everything it sets out to achieve, chronicling the journey of a Delhi youngster from his college days as a drifter to him scaling a literal peak for the Indian army in Kargil. Maybe, we as the audience let the film down because it wasn't fun and games like Dil Chahta Hai. Maybe, we weren't open to the grim, realistic portrayal of war. Maybe, we missed out on a good film at the theatres. And maybe it is nobody's fault after all. Maybe...

On it’s 14th anniversary, a list of few interesting facts about the movie : 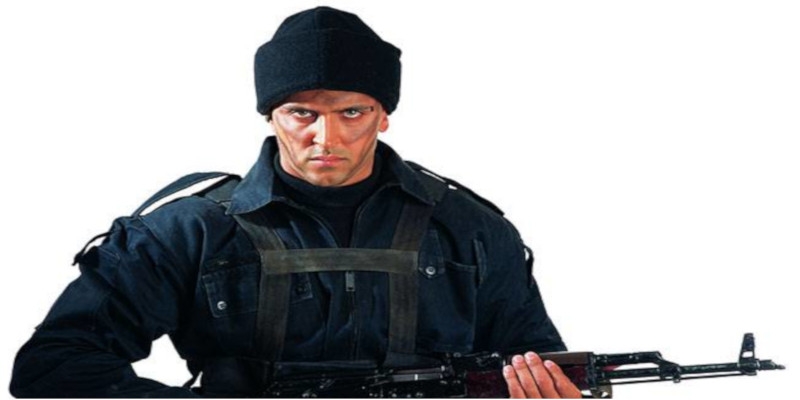 Javed Akhtar returned to screen-writing after an 18-year and explained the reason why the film didn't do well - "The film should have gotten over by the half-way mark." However, director Farhan Akhtar stood by the film saying that it was exactly what he wanted to make and he was proud of it. When asked what he would change about Lakshya, He replied cheekily, "The audience, maybe?"

Aamir Khan was the original choice for Lakshya, which he turned down and chose Mangal Pandey instead. Interestingly, SRK was approached for Mangal Pandey but he didnt accept as he chose Swades, which Hrithik didnt do because he chose Lakshya.

The vast majority of the non-speaking Army roles in the film were filled by real-life soldiers of 13th Battalion, The Punjab Regiment.