Amjad Zakaria Khan (12 November 1940–27 July 1992) was an actor and director. He worked in over 130 films in a career spanning nearly twenty years. He enjoyed popularity for his villainous roles in Hindi films, the most famous being the iconic Gabbar Singh in the 1975 classic Sholay
Jul 27, 2018, 2:03 pm ISTNewsJhakaasMovies Staff

Remembering the versatile actor on his birth anniversary, here are some interesting facts that Gabbar Singh fans would love to know about him.

Amjad Khan entered Bollywood as a child artist in 1951 and appeared in flicks namely Nazneen, Ab Dilli Dur Nahin, and Maya. In 1973, he made his debut in Hindustan Ki Kasam and then happened Sholay.

The role of Gabbar Singh that made Amjad Khan popular was not meant for him. Danny Denzongpa was the first choice and the actor couldn’t adjust his dates which were already scheduled for another movie. Even Javed Akhtar was reluctant about Amjad playing Gabbar because the writer thought Amjad’s voice was very weak to play such a strong character. To play the role of a dacoit, Amjad read a book ‘Abhishapta Chambal’ written by Taroon Kumar Bhaduri (Jaya Bachchan’s father) to get into the character. 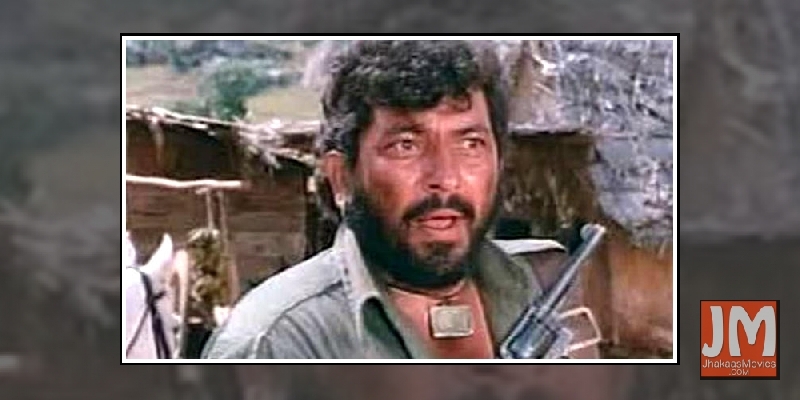 Not only Hindi, he appeared in two English films (The Perfect Murder and In Custody), two Telugu (Simhaasanam and Prema Yuddam), Kannada (Bannada Gejje, Tamil (Vikram) and Malayalam (Ee Lokam Ivide Kure Manushyar) films as well. His love for the theatre made him stage a play Chun Chun Karti Ayee Chidia which was adopted from a Hollywood classic One Flew Over Cuckoo’s Nest.

The actor also donned the hat of a director and helmed Chor Police and Ameer Aadmi Gareeb Aadmi which were successful at BO.

Several movies of the actor were released after his untimely death. He suffered critical injuries when met with an accident on the way to shoot Amitabh starrer The Great Gambler. Though he recovered soon, the drug administered during his operation caused him myriad health complications which resulted in his heart failure.