Check out Amul's take on Priyanka Chopra's Met Gala 2017 appearance where she had donned the world's longest trench-coat gown and she does look utterly-butterly-delicious.
May 4, 2017, 9:29 am ISTNewsJhakaasMovies Staff

Bollywood beauty Priyanka Chopra makes sure to grab all the attention wherever she appears and she did the same at Met Gala 2017. Quantico actress made her debut at the annual fundraising event in a cutting-edge Ralph Lauren trench-coat gown, with a massive train, which apparently makes it to the world's longest one.  The actress completed her perfect look with a pair of silver chunky dangler and black high-top, high-heeled leather boots.

For the after-party, Priyanka was spotted in the same Ralph Lauren trench coat with the popped collar, rolled up sleeves but without the extra-extra-long train. And surprisingly it was the same coat which was not altered at all. The custom-made coat dress was actually made like a short dress with a detachable long train.

Amul India is known for its humorous takes on the recent events that matter a lot to us Indians. This time the Amul Girl turns into a cute cartoon version of Quantico actress. Check out Priyanka Chopra and the Amul Girl below: 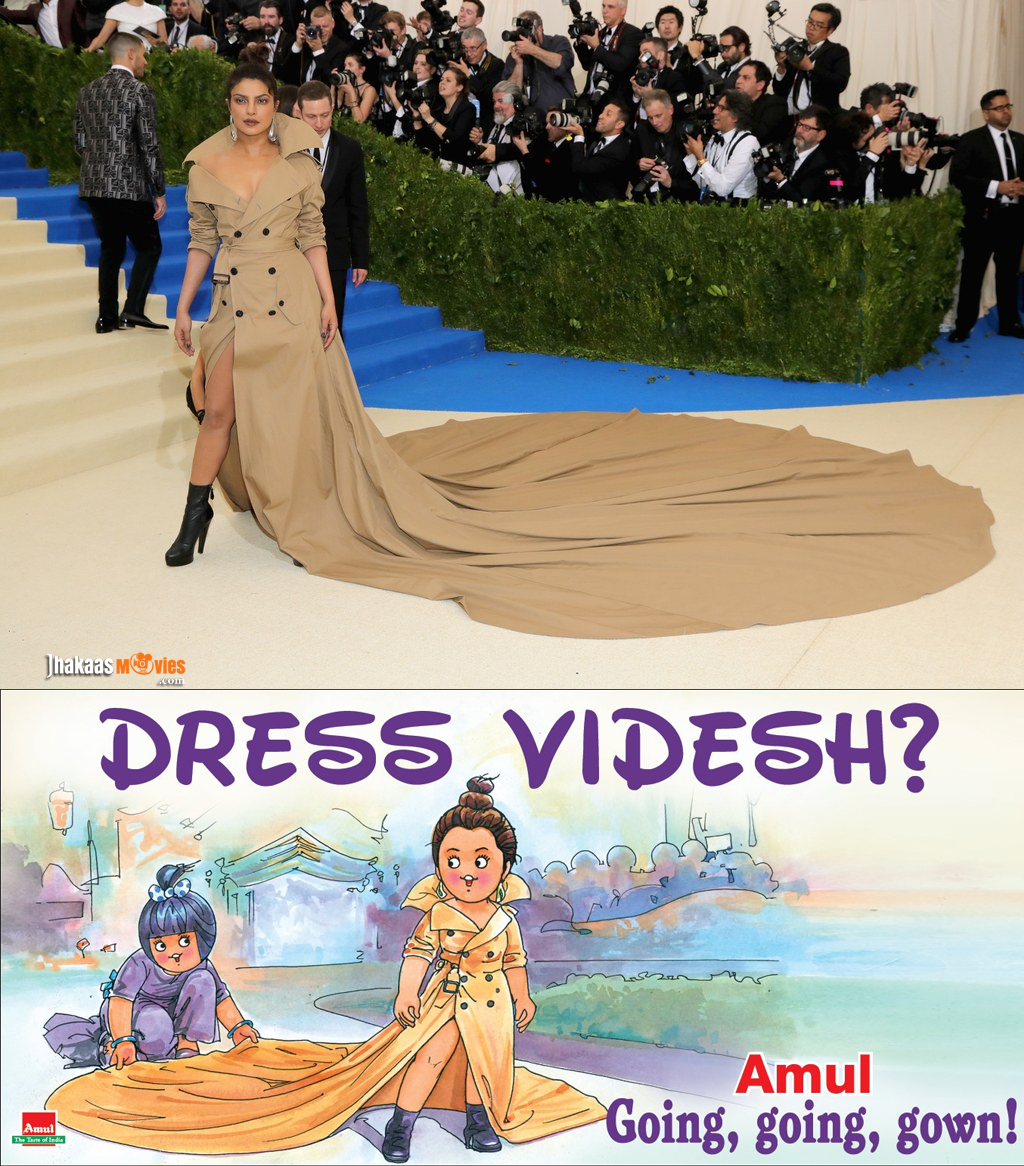