The dose of dual roles seems to be working with the audience, while some do wonders at the Box office and some donâ€™t. Here are a list of double-trouble Bollywood flicks that you must watch if you haven't already.
Oct 23, 2018, 10:21 am ISTNewsJhakaasMovies Staff

Dual roles have undergone a sea change since Kismet (1943), the first notable Hindi film based on that formula. The double role was a hit mantra in the ’70s when filmmakers created two characters by using primitive technologies such as split filming or making smart use of duplicate characters.

Actors have been taking up this challenges, not just in double roles but also more than that; didn’t you like Priyanka Chopra’s 12 characters in What’s your Rashee?. In the recent times, Bollywood is again taking us back to the era of ‘double roles’. Be it a form of twin brothers, or a father-son duos, or just plain reincarnations, double roles are always fun.

#1. Ram Aur Shyam (1967): Based on Alexandre Dumas’s novel about twins with starkly different temperaments (The Corsican Brothers) Dilip Kumar’s performance in and as Ram Aur Shyam (1967) truly was a benchmark for the numerous ‘twin’ films that followed. The only difference was that in the film, Ram and Shyam reunite as adults whereas the novel revolves around twin boys growing up together. Dilip Kumar captures the exaggeration with such delectable glee while setting things straight as Shyam yet never once holding back the face of gullibility for the faint-hearted Ram. Yes, this is the film that inspired almost half of the movies on the list like ‘Seeta Aur Geeta’, ‘ChaalBaaz’ and ‘Kishen Kanhaiya’. 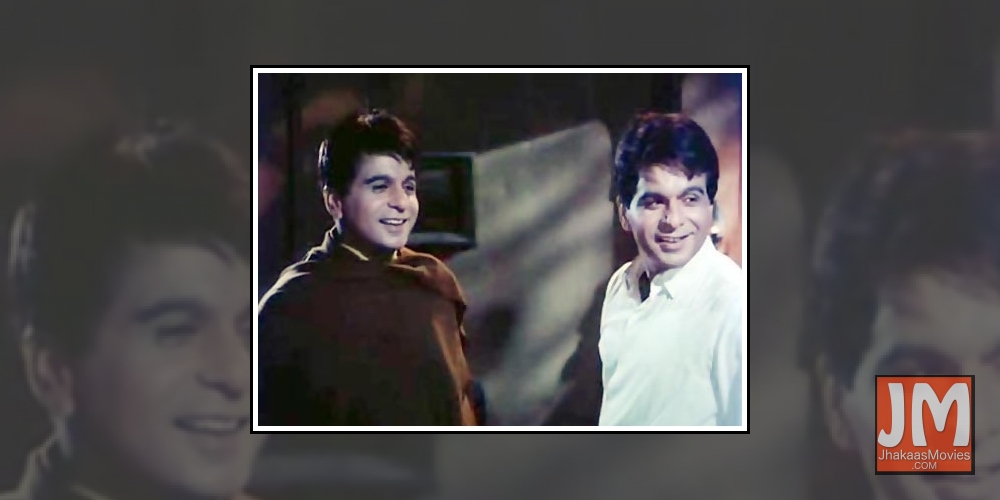 #2. Angoor (1982): This Sanjeev Kumar - Deven Verma starrer is still the most loved look-alike comedy ever! The film in fact made Indian audiences wonder ‘Yeh Shakespeare kaun hai bhai’? Based on William Shakespeare’s play The Comedy of Errors, the film took comedy and confusion to a whole new level with two sets of twins. 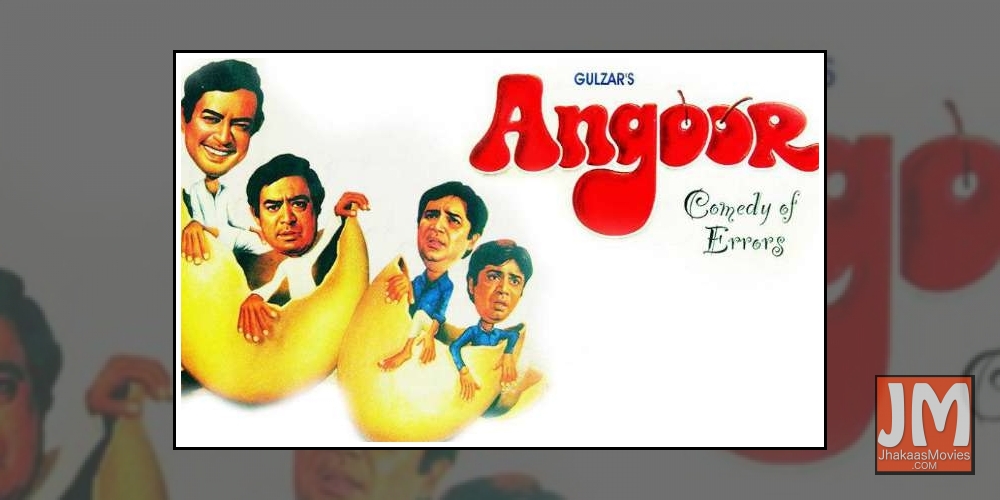 #3. Seeta Aur Geeta (1972): Ramesh Sippy’s female version of Ram Aur Shyam is still remembered for Hema Mailini’s superb comic timing. She plays identical twins Seeta and Geeta who were separated at birth and swap lives as adults. This movie saw Hema Malini being paired opposite Sanjeev Kumar and Dharmendra. The pairing then reportedly, led to a love triangle that caused sparks off-screen than on it!.Malini won her only Filmfare Award for Seeta Aur Geeta (1972) and has only been nominated since. 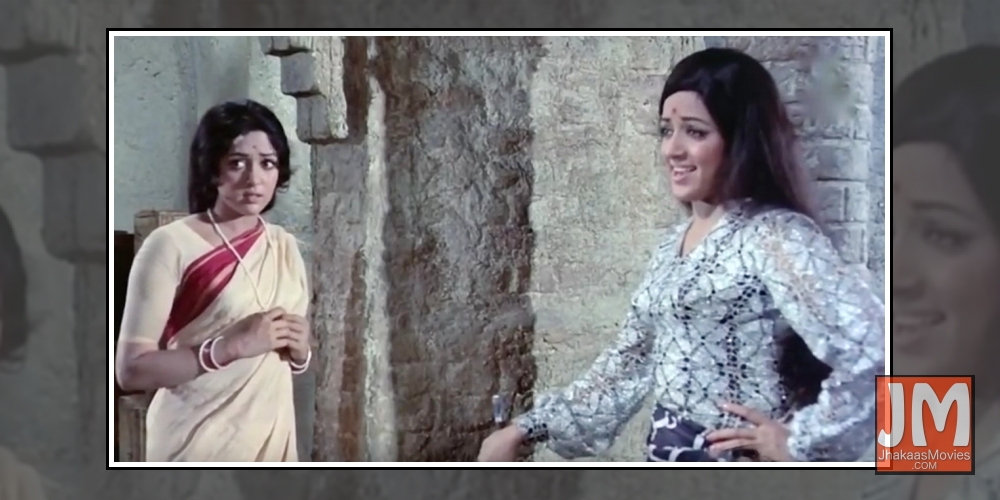 #4. Judwaa (1997): The Salman Khan starrer Judwaa (1997) was a remake of a Telugu film Hello Brother (1994) starring Akkineni Nagarjuna. The film was a blockbuster hit and why wouldn’t it be with Anu Malik’s music, David Dhawan’s direction, and Salman’s adorable twin act. 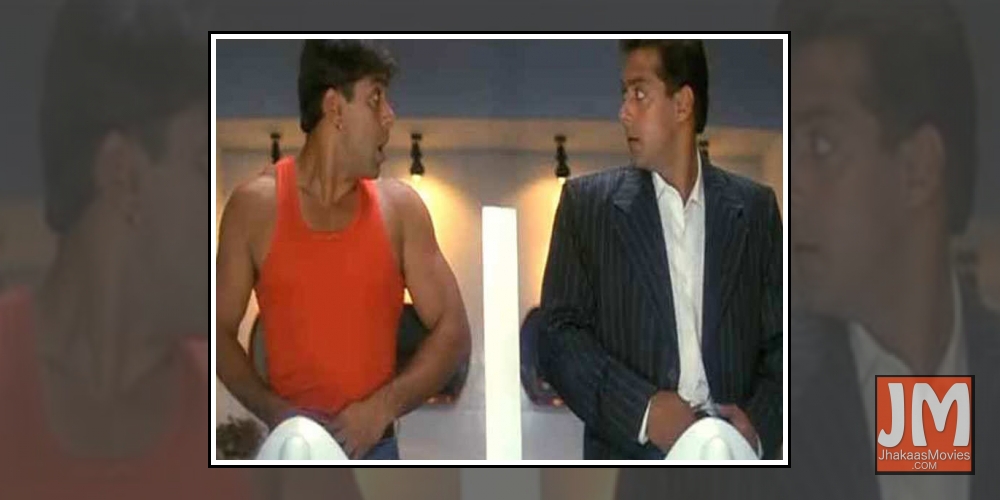 #5. ChaalBaaz (1989): Another twin comedy that won Sridevi the Filmfare Award for Best Actress was Pankaj Parashar’s ChaalBaaz. Inspired by Hema Malini’s ‘Seeta Aur Geeta’, ‘Chaalbaaz’ saw Sridevi playing the role of twin sisters- Anju and Manju. But this film carved its own niche thanks to Sridevi’s brilliant comic timing and the super hit track- “Naa jaane kahan se aayi hai”. It is touted by many as an all-time classic comedy film of Hindi Cinema. 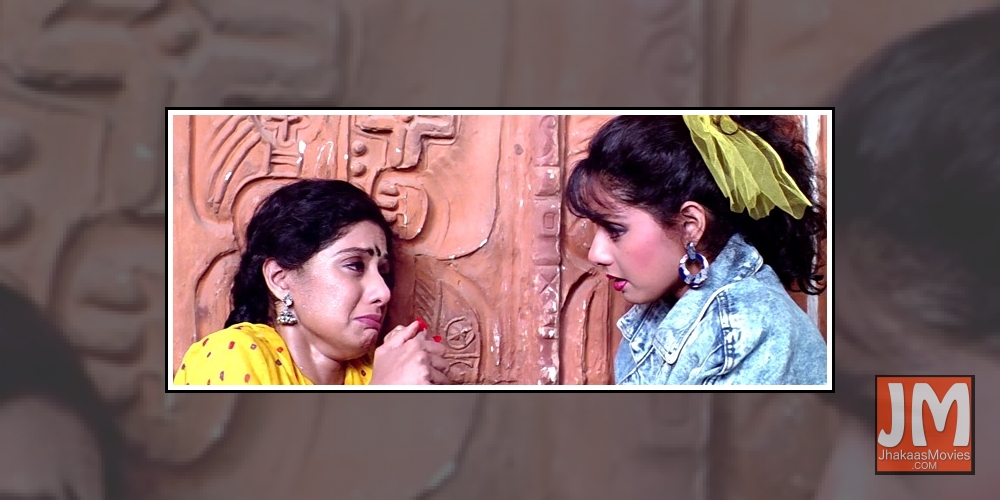 #6. Duplicate (1998): While this SRK starrer was also a comedy of errors like the others, Duplicate played more on the concept of lookalikes rather than twins. Shah Rukh was great, both as the bhola chef Bablu and the shaana criminal Manu. The film didn’t do well at the box office though. 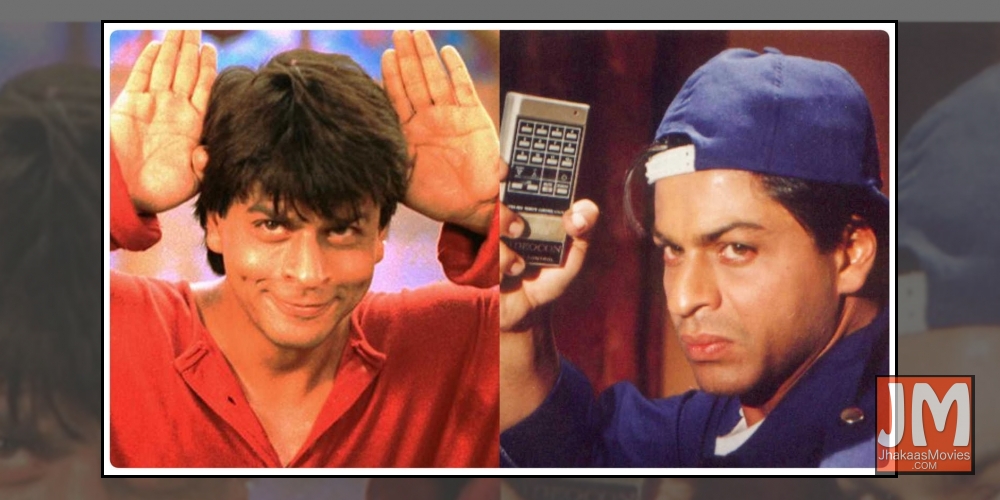 #7. Don (1978): He’s done a whole lot of double/triple roles, but Amitabh Bachchan is first-rate trying to pass off for the namumkin to catch hold of Don among crooks and excuse himself as the ‘Ganga-kinarewala Vijay’ to the cops. The film is not only remembered for its dialogues, but also super-hit songs like “Yeh Mera Dil”, “Khaike Pan Banaraswala”, “Jiska Mujhe Tha Intezar” and “Main Hoon Don”. ‘Don’ was remade in 2006, with Shah Rukh Khan essaying the role played by Amitabh. 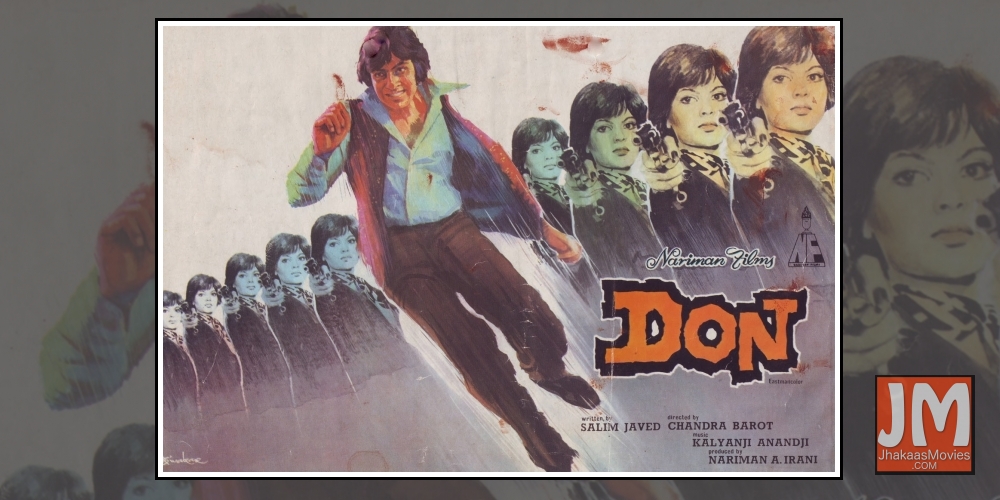