Bollywood's first superstar Rajesh Khanna had a huge fan following from across the country and Dimple Kapadia was apparently one of them. In March 1973, Khanna broke millions of hearts by marrying Dimple Kapadia, who was only 15 years old when she married Khanna.
Oct 10, 2018, 3:22 pm ISTDid you Know?JhakaasMovies Staff

Rajesh Khanna needs no introduction. The late Bollywood superstar, who ruled the industry and even the hearts of women across the nation, was not only loved but worshiped by his fans. The king of 60s & 70s had multiple affairs which always gained limelight, but it was his marriage with 16-year-old Dimple that grabbed headlines.

Before meeting Dimple, Rajesh Khanna was dating actress, fashion designer and model Anju Mahendru. The two were even in a live-in relationship for seven years but due to actor's "moody, temperamental, irritable" behavior, they parted ways. In a documentary on Rajesh Khanna made by BBC reporter Jack Pizzey and Indian journalist and columnist Devyani Chaubal, it was revealed why Khanna married the 15-year-old girl. 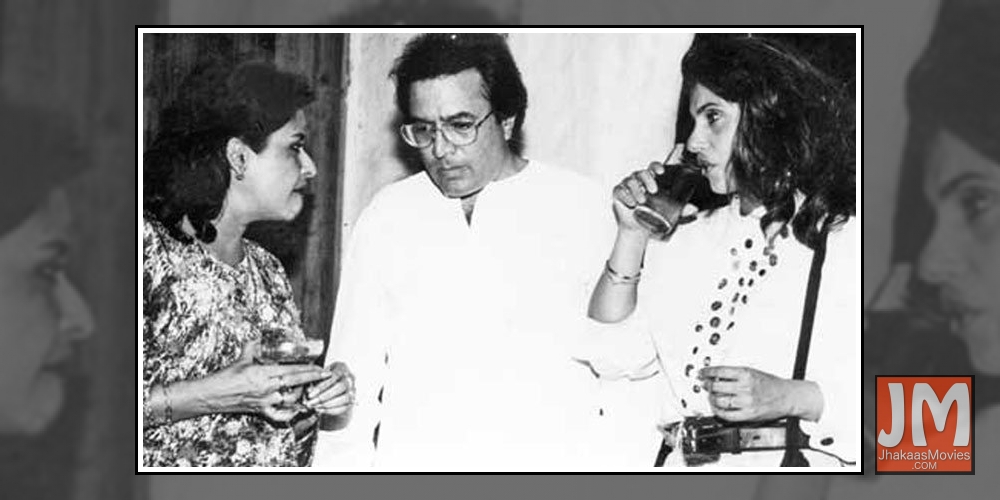 When Khanna decided to get married, Devyani was the first person he had informed. According to Devyani, Khanna called her up at 3 am, saying that he fell in love with a girl that he rescued from drowning in the ocean. "I think he was high when he called at 3 am, he sounded absolutely drunk. With 7 pegs at one party and seven pegs at another party we just don't walk in the sea like he said he did," Devyani told Pizzey. "When I checked the news there was no such story of the waves and girl being washed away or anything. But later on by evening when I said this is what you told me in the morning, he said it happened. He just wants to believe that a wave came. When a person is drunk even a glass full of water looks like waves and storms and everything looks exaggerated. And a 15-year-old looks 30-year-old, Devyani said.

When asked why Khanna called to say that he proposed, Devyani replied saying that he called her based on a promise, which meant that whenever the actor will decide to get married, Devyani will be the first to know. Dimple was huge fan of Khanna and frequently met him in various parties thrown in honour of his films' success. She fell in love with him and when Khanna proposed her for marriage she said 'yes'. According to reports, when Khanna met Dimple his career was going downhill, and so in a bid to regain attention from his fans the actor decided to tie the knot.

When Khanna finally got married, many people claimed that he did so for publicity and for professional reasons. "I think he did it for the masses, he did the right thing by marrying a fair girl who is just one film old. I feel it happened because when he had made up his mind not to marry by then the girl's father had informed half the people and the girl had informed other half. So he liked what was happening to him, the congratulations and all the attention he got and fuss made over him," Devyani said.

Soon after marriage, Dimple quit films and took care of her family. But after nine years, the couple separated and filed for divorce but did not complete the proceedings.  In 1985, Dimple told India Today: "The life and happiness in our house came to an end the day I and Rajesh got married." Despite their estranged relationship, Dimple stayed by Khanna's side in his last days and even shifted to his residence Ashirwad in Juhu to take care of him.