Actor Navin Nischol suddenly died on 19th Mar 2011. He was on his way to Pune with friend to spend a quiet Holi. The duo were supposed to pick up Randhir Kapoor on their way, but before they could do so, Navin suddenly slumped to death. 'Lower the car AC' was last that Navin Nischol uttered.
Aug 23, 2018, 5:51 pm ISTDid you Know?JhakaasMovies Staff

On the fatefull day, his car had just left Mumbai on its way to Pune, when Navin Nischol, the 65-year-old actor asked the air-conditioner to be lowered. He then suddenly slumped forward, that was it. He had succumbed to a fatal heart attack. It was the kind of death he'd always wished; he is believed to have told his friend and fellow actor Rishi Kapoor. Quick and painless, that's the way to die!

A case of illusion and reality with which Nischol had been familiar from the time of his1970 hit film Sawan Badhon, remembered to this day for co-star Rekha, who also made her debut with that film. His Best Student Gold Medal from the Pune Film Institute paid off and during the next decade, he had a string of successful and average films — Buddha Mil Gaya, Dhund, Victoria 203, Hanste Zakam and Parwana.

It was a period when Rajesh Khanna and Dharmendra were top heroes, and Amitabh Bachchan was waiting in the wings. The early films of Nischol coincided with the release of the Rajesh Khanna super hit Kati Patang, and the media made some unflattering comments about Nischol being the poor man's Rajesh Khanna. This hurt his ego and affected his choice of his films. Though Nischol played the lead in Parwana, it was Amitabh Bachchan, as the villain, who stole the show. Perhaps this rankled and Nischol refused the key second lead in Deewar which was grabbed by Shashi Kapoor and led to his increasing demand.

Somehow, there was an impression within the industry that Nischol was a difficult man to work with. As Shabana Azmi recollects, “Navin was hurt by the disappearance of his instant stardom and the manner in which it was snatched away from him before he could settle down. At times, he was bitter, at times philosophical and finally moved away from it all.”

With lead roles not coming his way, Nischol had to accept character roles but was noticed by critics in films such as Teri Baahon Mein, Samunder, Burning Train and Major Saab. Nischol, along with Shekhar Suman, had become a household name thanks to his role in the popular sitcom Dekh Bhai Dekh and later, Daal Mein Kala. Young actors found they could learn a lot from him. 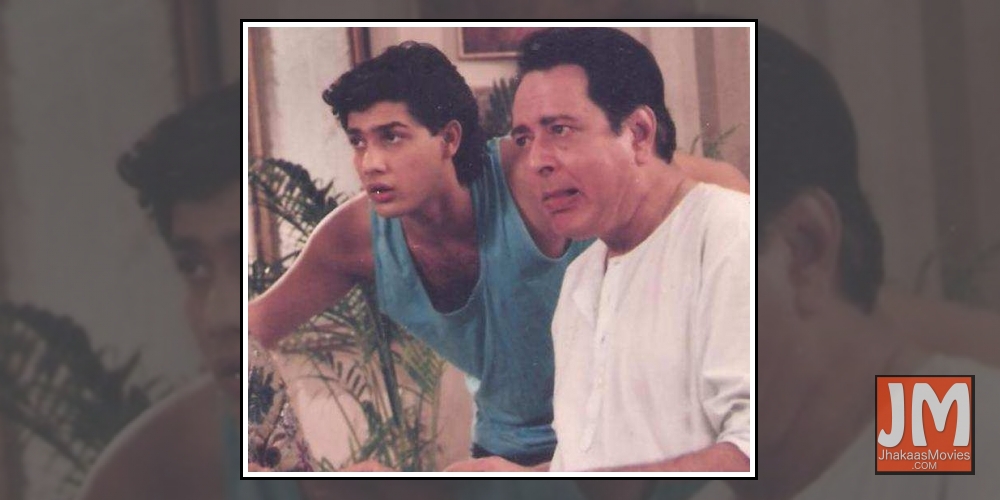 But there were further complications in his life. Nichol took to drink and had a turbulent family life. His first wife, Neelu (director Shekhar Kapur's sister) discovered his affair with a starlet and obtained a divorce. Second wife Geetanjali killed herself and left a note blaming the actor and his family for her death.

For the best part of his life, Navin Nischol was an unhappy man. But those who knew him liked him, and his funeral was well attended by film personalities. That was a consoling factor to a final elegy on Navin Nischol, “He could have done much better!”