Did you Know?   Kalki Koechlin Reveals Why She Divorced Anurag Kashyap

Kalki spoke about living as a single woman, especially in the eyes of the media and its constant questioning. Kalki, who is an Indian of French descent, and Kashyap, noted for his films â€œBlack Fridayâ€, â€œGulaalâ€ and â€œGangs of Wasseypurâ€, met and fell in love while working on â€œDev Dâ€ in 2009.
Sep 10, 2018, 12:35 pm ISTDid you Know?JhakaasMovies Staff

Actor Kalki Koechlin believes society has built the institution of marriage in a way where women are still looked at as the weaker sex. In an interview published in a recently launched book, Feminist Rani, penned by Shaili Chopra and Meghna Pant, the actor said the biggest problem with marriage, especially for a woman, is the idea of ownership. Kalki and filmmaker Anurag Kashyap, who got married in 2011, went through a divorce in 2015 after being separated for two years.

The Love Story: Anurag met Kalki when he was directing her in "Dev D" in 2008. Anurag was at the time married to Aarti Bajaj, who has edited all his films except the forthcoming "Bombay Velvet," but they soon got divorced in 2009. The two have a daughter together. Anurag asked Kalki out six months into the shoot for the film. Anurag was madly in love with Kalki soon after he met her, but Kalki wasn't aware of it. He did not disclose until much later. The two got along instantly. It's only after Anurag started frequenting Kalki's plays and started watching almost every show that Kalki realized the extent of his feelings. "I was attracted to his honesty. We are both very emotional creatures," said Kalki in an interview. 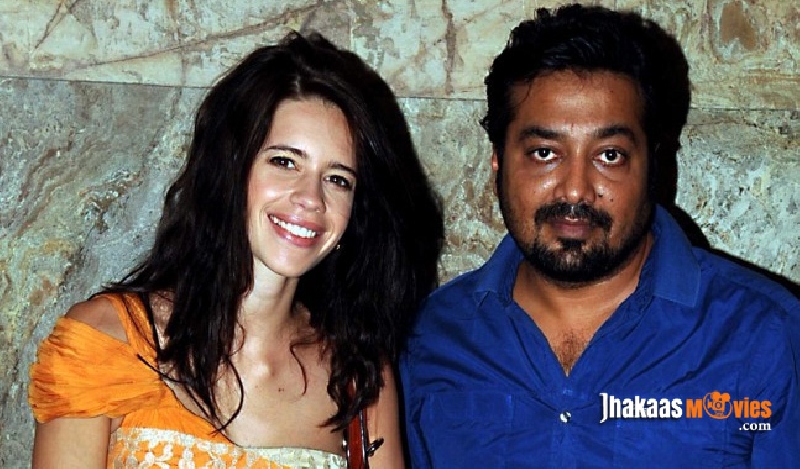 The Wedding: They married on April 2011 in a private ceremony in Ooty. "Marriage is just a commitment to each other and nothing else," Kalki had said four months into the marriage.

What Went Wrong: "Once I got married, I was only invited to the things that Anurag was invited to. People would say, 'Call Anurag's wife'. They wouldn't say, 'call Kalki' or 'call Kalki's husband'. In marriage, a woman becomes the weaker sex, even if her husband doesn't want her to be. This happens because of the way society has built the institution". Stating that honesty and independence are a must in a relationship, Kalki also shared how she went about the process of coming out of her marriage after the divorce. "... I found myself alone after a very long time. I had to fill up that empty space somehow. I didn't want to fill it up by going crazy and getting drunk, or by surrounding myself with the people. "I chose the introverted version of filling up myself by spending more time at home, with the family... I'm happy I went through that journey," she said.

Movie Career And Feminism: "It's only that we live in a patriarchal society, and therefore, the word feminism has to be used as a counter to patriarchy. But feminism is about being equal. The word used should be 'equality', as it is about all humans being equal and respecting each other for that," she added.