Bhajan singer Anup Jalota's entry in Bigg Boss 12 has left tongues wagging. Anup had initially refuted rumours that said that he was dating Jasleen, but then latter admitted that the two were in a relationship since the past three-and-a-half years.
Sep 18, 2018, 2:47 pm ISTDid you Know?JhakaasMovies Staff

It's not just his young companion, there is a lot more about the popular bhajan singer's life that will leave you shocked. The sweet and simple looking Anup ji has been married thrice. His first marriage to Gujarati girl, Sonali Sheth never got the approval of his family. But they fought all odds and also teamed up professionally. They became popular in the concert circuit as "Anup and Sonali Jalota". However, they ended their relationship and Sonali went on to marry Roop Kumar Rathod.

After unsuccessful love marriage, Anup's second marriage was an arranged one to Bina Bhatia. But that too ended in divorce. His fans and family thought, his personal life would turn out to be 'third time lucky' in love and marriage. Popularly known as Bhajan Samraat, Anup made up his mind to get married for the third time. He tied the knot with Medha Gujral, niece of former Indian Prime Minister I. K. Gujral. This union sailed smoothly and they gave birth to a new soul. They named their little munchkin as Aryaman (son). Sadly, Anup lost his love in 2014 as Medha passed away due to liver failure following a second heart and first kidney transplant.

Post Medha's death Padma Shri Anup Jalota met singer Jasleen Matharu. They have been dating each other from the last three years. Jasleen has been learning music from the age of 11 and is trained in both classical and western music. Jasleen's father Kesar Matharu is a filmmaker and she made her acting debut with The Dirty Relation. In her BB 12 introduction, Jasleen had said that Anup ji completes her like no one else and they are quite compatible. 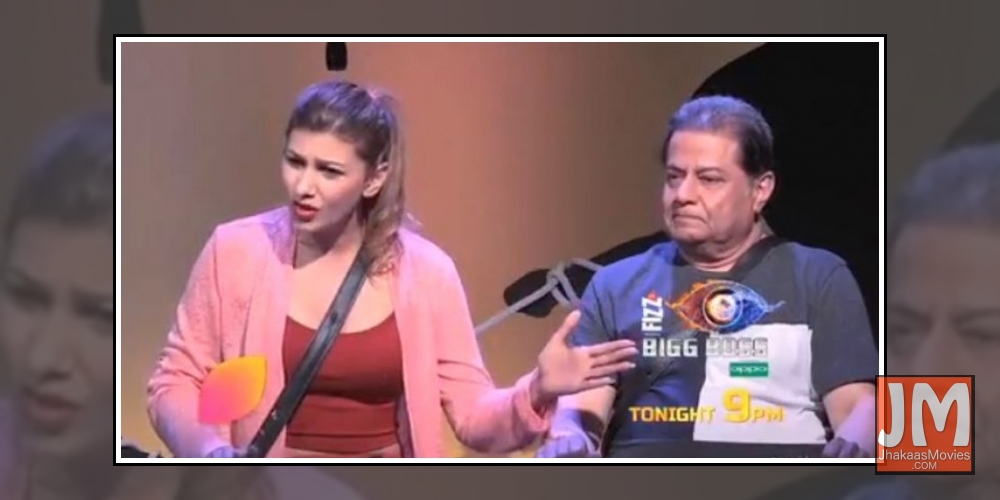 All eyes are on this jodi, and fans are looking forward to see how they will add spice in the BB 12 house. The age difference between the couple has, acted like a shot in the arm for trolls.

My grandmother was a big fan of anup jalota ji. She deleted all his bhajans when i told her about jasleenðŸ˜‚ðŸ˜‚! #BB12 #BiggBoss12

Don't Be Disappointed If You're Still Single. Maybe She's Not Born Yet ðŸ˜­ðŸ™ƒðŸ˜¬ #AnupJalota #BB12