Tumbbad: The Scariest Movie Of This Year To Watch Out For

Upcoming   Tumbbad: The Scariest Movie Of This Year To Watch Out For

Tumbbad: The Scariest Movie Of This Year To Watch Out For

Actor, producer and entrepreneur Sohum Shah takes centre stage in the scary film. Get ready to be terrified this Friday, October 12, when Tumbbad hits the theatres.
Oct 11, 2018, 11:34 am ISTUpcomingJhakaasMovies Staff

After featuring in Ship Of Theseus (2012), Talvar (2015) and Simran (2017), Sohum is set for this period tale, directed by Rahi Anil Barve and Anand Gandhi. "The premise is unique and has never been made in India," say Sohum, who has also produced the film with Aanand L Rai.

Tumbbad is all about imagery. It is an experience that enhances your senses, one in particular - the visual imagery in the film is hauntingly vivid. Hues of red, orange, black, green, blue paint the canvas in shades that leave an indelible impression on your mind. Like the canvas it paints, Tumbbad also has a mysterious folklore that forms a major part of its narrative.

Sohum Shah plays the protagonist and we witness Tumbbad through his eyes. The story time travels from the time he's a child right to his old age, when India about to be independent of the British rule. Tumbbad's haveli and the well, which has access to gold and wealth, becomes the centre of the film's plot. As we enter the second half of the film, the pace picks up, with Sohum's character wondering if life is all about accumulating material needs or is there more to it than just amassing wealth.

#Tumbbad is that rare, expensive, VFX-heavy film that doesn’t star a big-ticket name, is made by newcomers, that is releasing in more than 800 theatres. It is also unlike anything you have seen before. By @zico_gh0sh #TumbbadThisFriday https://t.co/KWnH2yUN1I

Set in Tumbbad the story pulls you in with its strange plotline that goes beyond logic and reasoning. Tumbbad promises more than just blood and gore. If you dig in deep, the subject that the film deals with is human greed - the never-ending desire to want more, to accumulate and stock up wealth that might not necessarily quench the human thirst for material needs. There is also a lot of make up, VFX and special effects work that has gone into the making of the film. There are moments that are gory and gruesome to watch, but they all fit in with the genre and mysterious storyline. 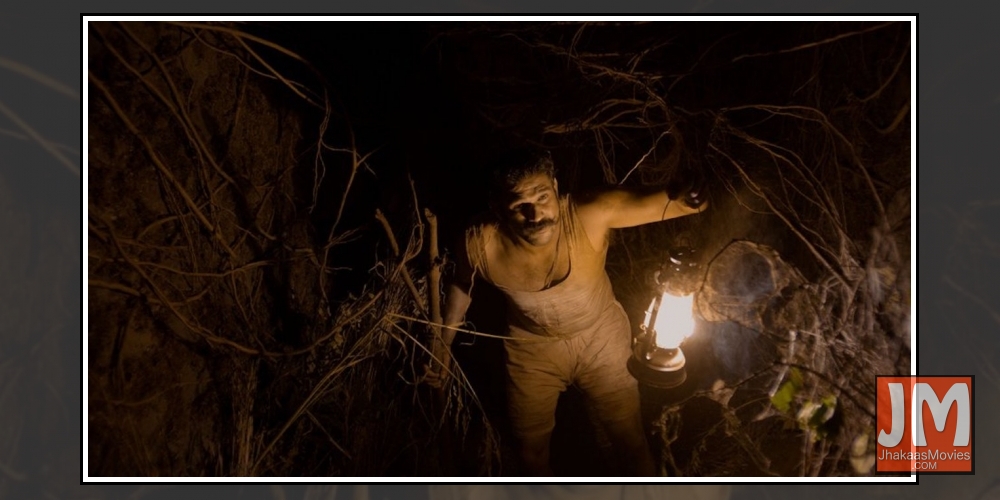 Tumbbad is perhaps this year's most visually-stunning experience.