Manmohan Desai was the king of entertainers of the 70's and his movies with Amitabh spelt big bucks for the distributors. His genre of cinema was mindless entertainers. He exploited the “lost-and-found” formula to the hilt. Most of his films with Amitabh were mutli-starrers.
Jul 4, 2018, 3:39 pm ISTNostalgiaJhakaasMovies Staff

The biggest showman in Bollywood, if there ever was one, was Manmohan Desai and Amitabh Bachchan would agree. Desai was the man who gave Bachchan some of his biggest blockbusters - Amar Akbar Anthony, Naseeb, Mard and Coolie to name a few.

Amitabh Bachchan shares his experiences with the genius Manmohan Desai.
Amar Akbar Anthony: Remember the famous `blood donation’ scene, where three sons of a mother donate her blood at the same time? The scene was criticized for being a medical improbability. Three separate tubes carry the men’s blood to a suspended bottle from where one tube carries the collected blood to the mother Bharti (Nirupa Roy)! The credits end and then the main story begins.

A medical impossibility. But Desai did it and it is said that when the scene opened, there was unbelievable applause in the theatre. That’s the unique and highly saleable creativity that director Manmohan Desai exhibited.

Naseeb (Drunk Scene): He took me aside after the rushes were seen, and we sat on the steps of the portico of that dilapidated studio and he said to me .. “Lalla, so long as I make films you will always be in them. You may not work with me, but I shall always work with you.” And he kept his word to the last day. He never directed a film without me after that day!!

List of movies by Manmohan Desai with Amitabh Bachchan:
1. Movie: Amar Akbar Anthony (1977)
Starring: Amitabh Bachchan, Vinod Khanna, Rishi Kapoor, Pran, Ranjeet, Parveen Babi, Neetu Singh, Shabana Azmi, Nirupa Roy, Nazir Hussain
Music by: Laxmikant-Pyarelal
This was one of the biggest film that Amitabh did with Manmohan Desai and this movie did stupendous business at the box office. The story was a typical lost and found formula, the music was great, the performances were good. This movie also had all the possible ingredients of a “hit” film viz., romance, drama, action and a heavy duty climax scene. Amitabh played the character of Anthony Gonsalves and till date, there are many fans who call him “Anthony bhai”. The song “My name is Anthony Gonsalves” was a chartbuster. The interesting trivia about the name Anthony Gonsalves is that it was actually the name of the music teacher of Laxmikant (of Laxmikant-Pyaarelal duo) and he suggested this name to Manmohan Desai. 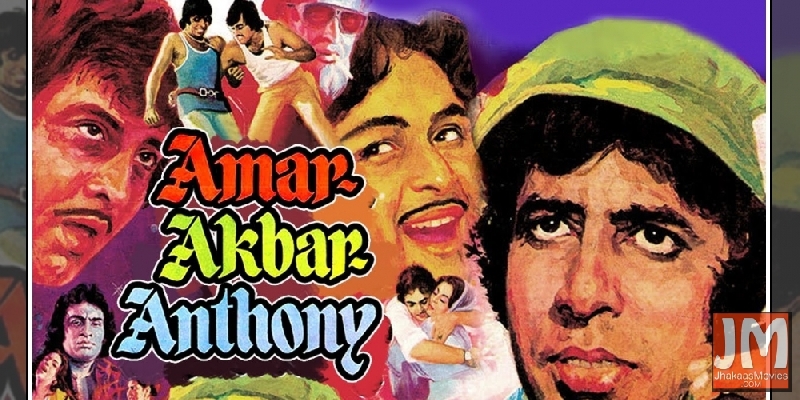 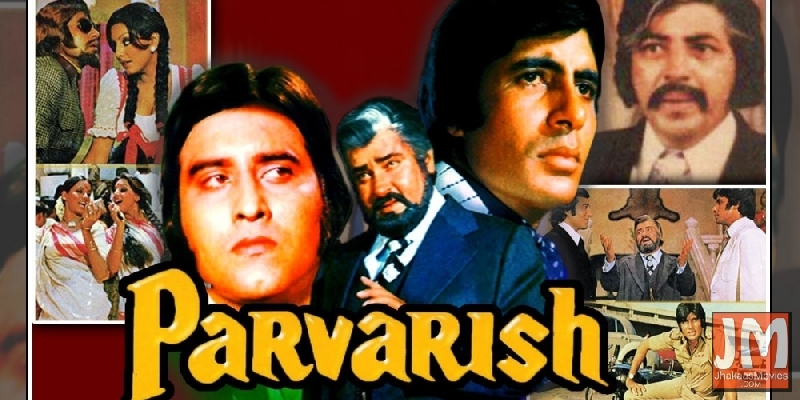 3. Movie: Suhaag (1979)
Starring: Amitabh Bachchan, Rekha, Parveen Babi, Shashi Kapoor
Music by: Laxmikant-Pyarelal
Was a hit and did good business. The music was above average though. The songs of the movie are popular till today. The Navratri song sung by Mohammed Rafi is still popular and is played every year during the Navratri festival.  Ae Yaar Sun Yaari Tere is classified as most popular song after Yeh Dosti Hum Naheen Toregi by Kishore Kumar and Manney Dey from film Sholay. Tere Rab Ne Banede Jodi is played in most weddings. 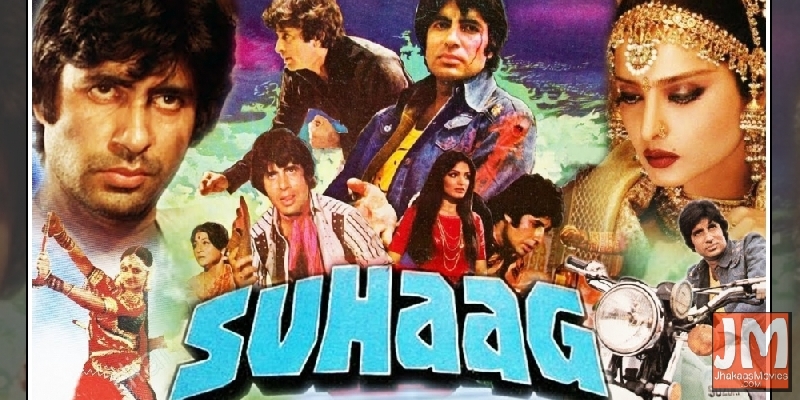 Movie: Naseeb (1981)
Starring: Amitabh Bachchan, Hema Malini, Shatrughan Sinha, Rishi Kapoor, Reena Roy, Pran, Amrish Puri, Kader Khan, Amjad Khan, Shakti Kapoor, Prem Chopra,
Music by: Laxmikant-Pyarelal
This multi-starrer was also a very big hit. An interesting trivia about this movie was that Naseeb was one of the first films to advertise on Doordarshan viz., what we call as trailers/teasers these days, apparently was a trend started by Naseeb. Great starcast and great music. The film was among those rare movies which crossed 1 crore per territory. There were only 13 All Time Earner movies (which crossed 1 crore per territory) before 1984, 9 of which starred Bachchan; Naseeb was one of them. 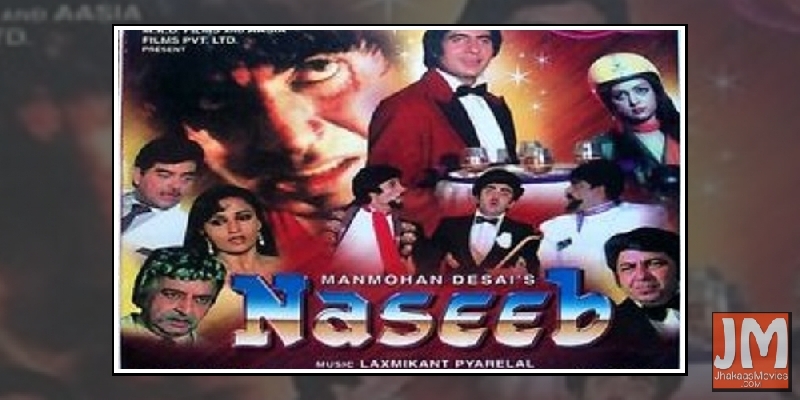 Movie: Desh Premee (1982)
Starring: Amitabh Bachchan, Parveen Babi, Hema Malini, Shammi Kapoor
Music by: Laxmikant-Pyarelal
The film was average at the box office, however, both critically and commercially, it failed to re-create the magic of previous Amitabh-Manmohan Desai films. The film is dedicated to the memory of Mohammed Rafi, who sang the film's title song and one of its cast members Uttam Kumar, both of whom died two years before the film was released. 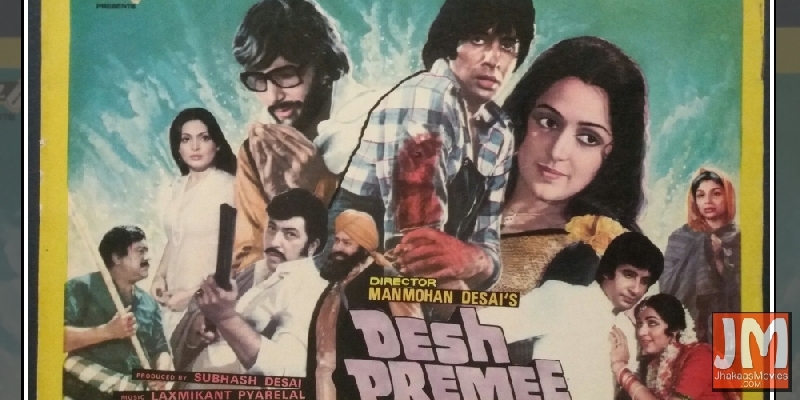 Movie: Coolie (1983)
Starring: Amitabh Bachchan, Waheeda Rehman, Rishi Kapoor, Rati Agnihotri, Shoma Anand, Suresh Oberoi, Kader Khan, Om Shivpuri, Satyen Kappu, Nilu Phule, Puneet Issar
Music by: Laxmikant-Pyarelal
Amitabh had a near death experience while shooting for an action sequence for the film. Punit Issar accidentally hit him in the stomach and Amitabh got hit by the corner of a table due to which, he was battling for his life in the hospital. The film industry had virtually come to a standstill and everybody was praying for his recovery. After he recovered from his injury he completed this film and when it was released, it became a huge hit because of the publicity the film had generated during Amitabh’s injury. 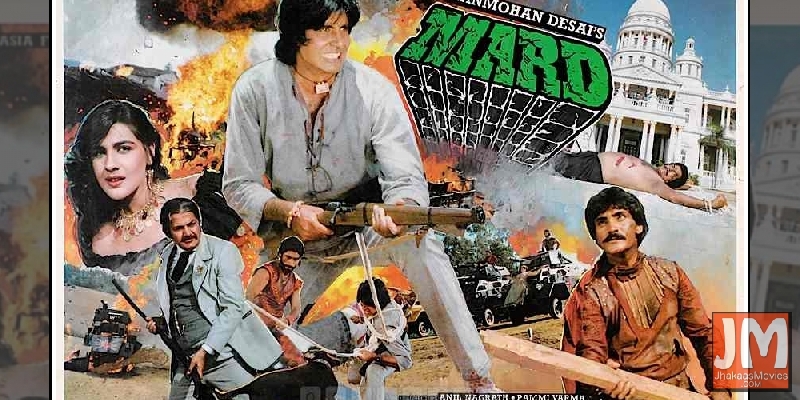 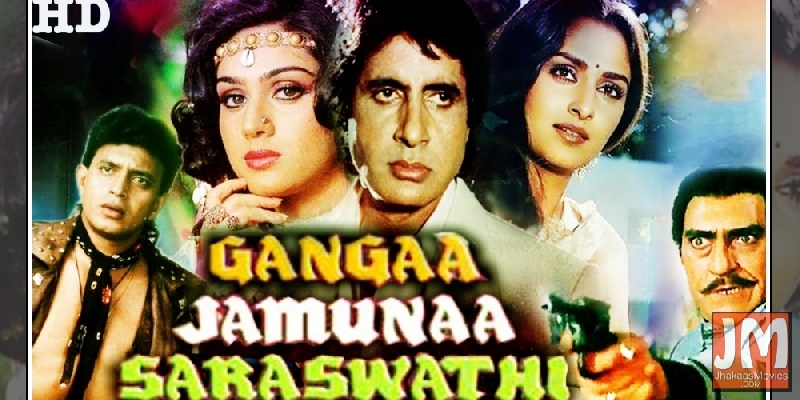