On Sridevi’s 55th Birth Anniversary, Here’s Taking A Look At Some Of Lesser Known Facts About This Bollywood Diva

News   On Sridevi's 55th Birth Anniversary, Here's Taking A Look At Some Of Lesser Known Facts About This Bollywood Diva

On Sridevi's 55th Birth Anniversary, Here's Taking A Look At Some Of Lesser Known Facts About This Bollywood Diva

Sridevi would have been 55 on August 13, 2018. Her sudden death from a cardiac arrest in Dubai on February 24 shocked her admirers and sparked off an outpouring of grief and remembrances. The movie star's roles spawned five languages, and at the height of her career in the 1980's.
Aug 13, 2018, 9:46 am ISTNewsJhakaasMovies Staff

Starting her journey in filmdom at the age of four in Thunaivan (1969), Sridevi went on to become the most sought-after artist in the film industry and she remains one of those few actors, who achieved fame both in Bollywood and regional cinema. She had achieved a hard-won superstardom that matched, if not eclipsed. On her birthday anniversary on August 13, here’s looking at how she has maintained her status. 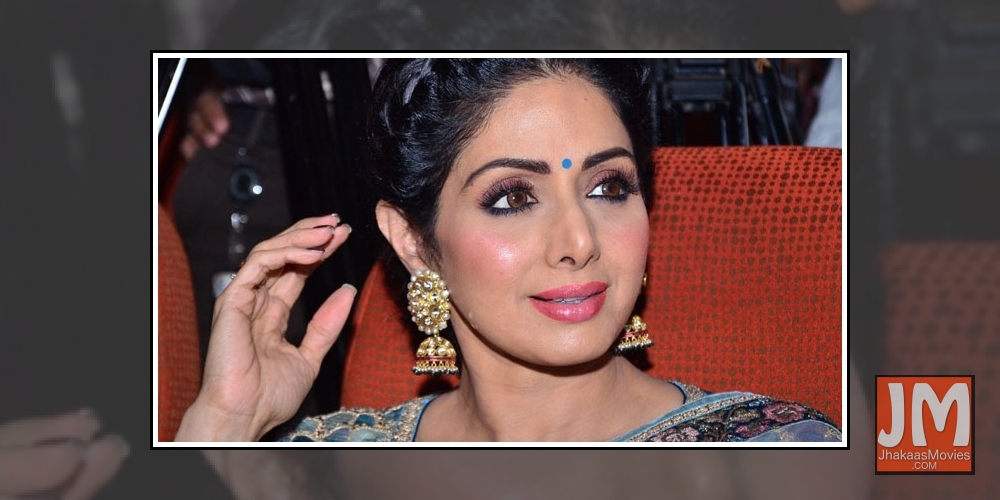 Interestingly, Sridevi was the highest paid actor of her time. But not many would know that she actually spells her name as Sreedevi or that she declined Steven Spielberg’s offer to work in Jurassic Park (1993)? Well, on the occasion of her birthday anniversary we list a few such trivia about the actor:

1. Sridevi was born in the year 1963 to Ayyapan Yanger and Rajeswari Yanger, and was named Shree Amma Yanger Ayyapan. Her father was a lawyer.

2. The actor started her career at the tender age of four in Thirumugham’s devotional film, Thunaivan (1969). She was a child artiste in the film, Julie (1975). With Solva Saavan, Sridevi made her foray into Bollywood as the lead actor in 1979.

3. Not many know that she was down with fever and had 103 degrees temperature when she was shooting for the popular song Na Jaane Kaha Se Aayi Hai in Chalbaaz (1989).

5. For the 1992 film Beta, filmmaker Indra Kumar wanted Sridevi to portray the role of Saraswati [which was played by Madhuri Dixit] opposite Raju [portrayed by Anil Kapoor]. But the actor didn’t do the film because by then, she had already acted in quite a few films with Anil Kapoor.

6. Interestingly, Sridevi was considered to play a brief role in Steven Spielberg’s Jurassic Park (1993). However, she declined the offer as was busy with Bollywood projects.

7. Sridevi’s mother tongue is Tamil, she used to face difficulty in speaking Hindi when she joined Bollywood. Yesteryear actor Naaz used to dub for her. In Aakhiri Raasta (1986), Rekha dubbed for her. The first time Sridevi dubbed for her role was in Chandni (1989).

8. Jaya Prada was considered Sridevi’s strongest competitor and the two actors didn’t share a cordial relationship. During the shoot of Maqsad (1984), Rajesh Khanna and Jeetendra decided to break the ice between them and locked them up in a room hoping that they would make peace. But when they opened the door, both Sridevi and Jaya were sitting silently in the two corners of the room.

9. For two of the most important films in her life, Sridevi was the second choice. Nagina (1986) was first offered to Jaya Prada and Rekha was considered for Chandni. 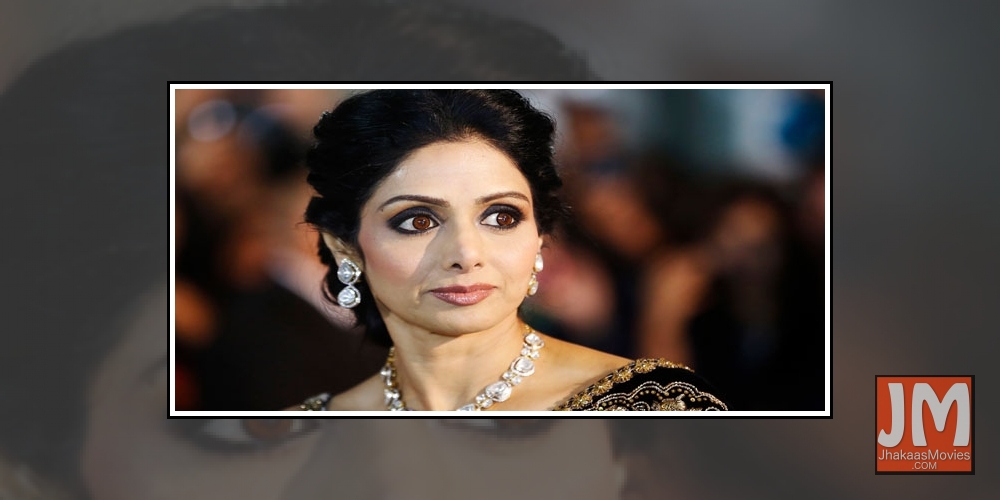 10. Sridevi actually spells her name as Sreedevi, but then she never corrected the spelling of her name in film credits.

11. During 80s, Sridevi allegedly had a love affair with Mithun Chakraborty. It was rumoured that they even secretly got married in a temple. However, she was not aware that Mithun was married to Yogita Bali, who tried committing suicide after she came to know about Mithun’s second marriage. Later, while she was nursing her broken heart, Sridevi fell in love with filmmaker Boney Kapoor. Then, Boney’s then-wife, late Mona Kapoor, didn’t know about the affair. Sridevi and Boney got married in 1996 and have two daughters, Jhanvi (19) and Khushi (16). Boney has two children from his first marriage — Arjun (32) and Anshula (24).

12. Sridevi played both south superstar late NTR’s granddaughter in Badi Panthulu (1972) and love interest in quite a few movies.