Baahubali 2 has done a huge blast at the Indian box office. It broke every Bollywood record ever created by any movie. A look at other stars' popular South Indian films, that have also been loved by people all around the world. List of best Hindi dubbed movies which can be enjoyed at home.
Aug 2, 2018, 3:20 pm ISTDid you Know?JhakaasMovies Staff

There are many South Indian movies which are better than the regular Bollywood movies. Some of them became blockbusters in down South and then those movies have been dubbed into Hindi for wider audience reach. These movies are mostly available on major streaming channels and also on YouTube for free viewing. Simultaneous released  Bahubali and Vishwaroopam and remakes in Hindi like Singham, Wanted are not part of this list as most of the people are already aware of these movies. Here is a list of best south Indian movies dubbed in Hindi to check out.

1. Vikram Vedha (Hindi : Vikram Vedha): Vikram, a pragmatic policeman, and his partner Simon are on the hunt to capture Vedha. When Vedha voluntarily surrenders, he offers to tell Vikram a story, throwing Vikram's life into disarray. The film tells the story of Vikram, a police inspector who sets out to track down and kill Vedha, a gangster. After Vedha voluntarily surrenders himself, he tells Vikram three stories which change his perceptions of good and evil. 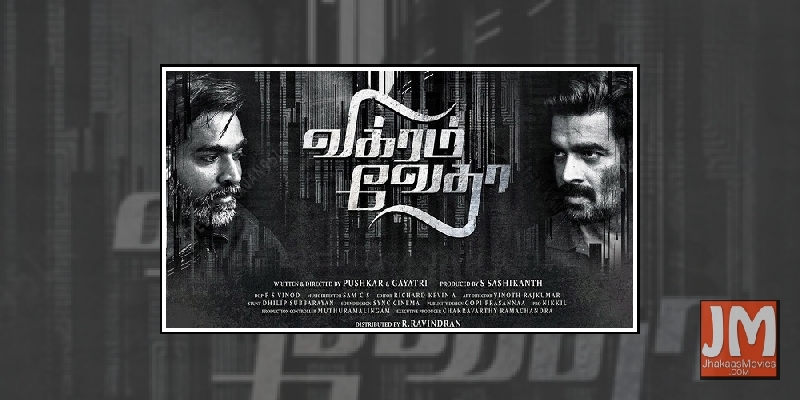 2. Thani Oruvan (Hindi : Double Attack 2): A low-level party cadre Sengalvarayan (Thambi Ramaiah) is dedicated to his leader and party. He and his son Pazhani who secures the first rank in his 10th standard state exam, visits the party deputy-leader, now the chairman of the party and a member of the ruling coalition for his blessings with his father. 15 years later, trainee IPS officers Mithran, Shakthi, Suraj, Kathiresan and Janardhan "Jana", discreetly assist the police in catching a gang which kidnapped four girls. One day Mithran receives a cryptic text message on his phone from an anonymous number stating that he/she is aware of their discreet activities. Mithran captures Vicky and records all the information from him. He drugs Vicky and manipulates Siddharth into killing him. At the same time, Siddharth's father reads the changed medical report, which contains very good medical contracts for public welfare and multiple accusations against the CM. They also plan to take down the setup planned by various VIPs to kill Siddharth when one of them gets close to Siddharth, Mithran notices and pushes Siddharth back. To Mithran's surprise, Siddharth does not wear the vest and is fatally shot by Shilpa. Before dying, he tells Mithran that he hid all the evidence in an SD card in the bulletproof vest, adding that he had not done it for the nation but because Mithran had asked for it. 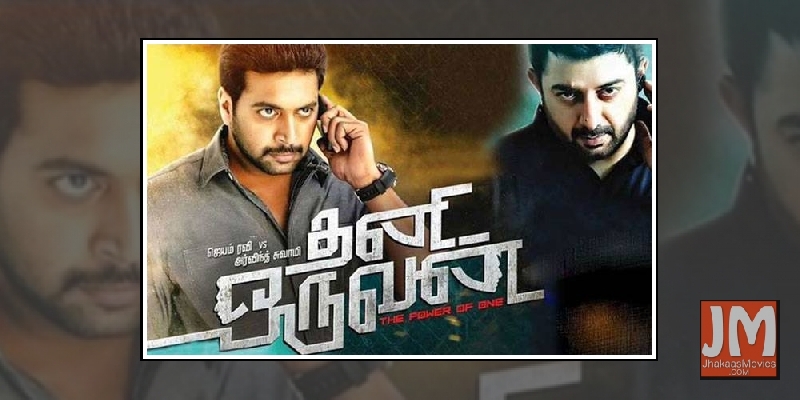 3. 1 – Nenokkadine (Hindi : Ek Ka Dum): 1: Nenokkadine revolves around the search by Gautham (a schizophrenic Indian rock musician missing 25 percent of his brain's grey matter) for his parents, whom he believes were murdered by three men. Sameera, a journalist, convinces him that he is an orphan and is hallucinating. When Gautham kills one of the "imaginary" men for his psychological satisfaction, he realises that the dead man is real and leaves for London to find his roots and the other two men behind his parents' death. 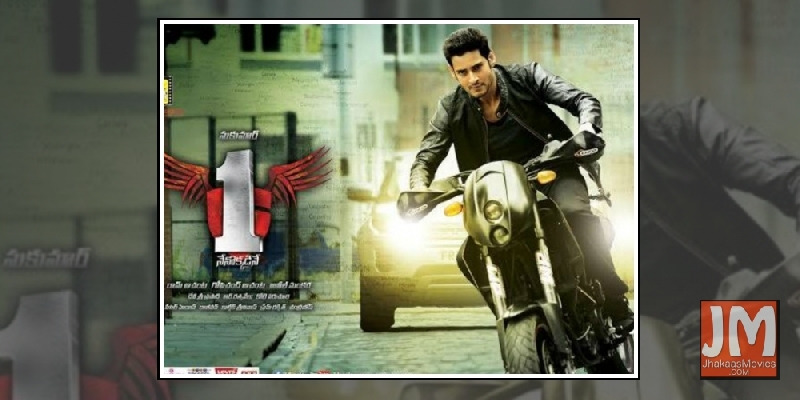 4. Anniyan (Hindi : Aparichit): Ramanujam Iyengar alias Ambi is an orthodox Brahmin and a straightforward consumer protection advocate living in Triplicane, Chennai. He expects everyone to follow the law and prosecutes those who violate it. However, his efforts fail as circumstantial evidence always seems to favour the accused. Ambi is secretly in love with his neighbour Nandini, a medical student and aspiring carnatic singer, but never expresses his love due to his fear of rejection. Meanwhile, DCP Prabhakar and Sub-inspector Arivazhagan alias Chari, who is Ambi's friend, investigate the murders committed by Anniyan. On investigating the recorded footage, Prabhakar discovers that Anniyan is Ambi and arrests him. Suffering a relapse, he transforms into Anniyan and throws the man off the train, killing him. However, he hides the incident from Nandini, indicating that he has successfully blended his personalities into one instead of eradicating them. 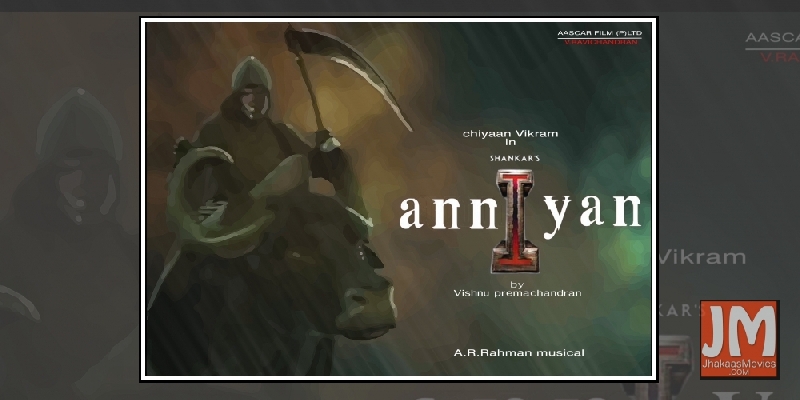 5. Chandramukhi (Hindi : Chandramukhi): Saravanan, a psychiatrist, meets up with his foster brother Senthilnathan alias Senthil, and his wife Ganga while on vacation. Senthil's mother Kasthuri wanted Senthil to marry Priya, the daughter of his father's cousin Kandaswamy, to reunite the two branches of the family after 30 years of separation because Senthil's father chose to marry Kasthuri instead of Kandaswamy's sister, Akhilandeshwari. Saravanan learns that Senthil had bought the Vettaiyapuram mansion, despite attempts by the local village elders to dissuade them, and moves in with them. When the family visits their ancestral temple, the chief priest reveals the reason everyone fears the mansion. Chandramukhi was dubbed in Hindi and released on 29 February 2008 by Dilip Dhanwani, owner of the production house Royal Film Company.

6. Temper (Hindi : Chandramukhi): The film focuses on two people — Daya, a corrupt police officer earning illegal money by leveraging his capacity as an official and an influential smuggler Waltair Vasu with whom Daya joins hands. Vasu wants to kill a woman named Lakshmi who has an evidence of a crime made by his four brothers. The rest of the film is about the roles of Daya's girlfriend Shanvi, Lakshmi and an honest constable Murthy in helping Daya become a dutiful police officer. In December 2017, Rohit Shetty announced that his directorial Simmba (2018) starring Ranveer Singh is loosely inspired from Temper. 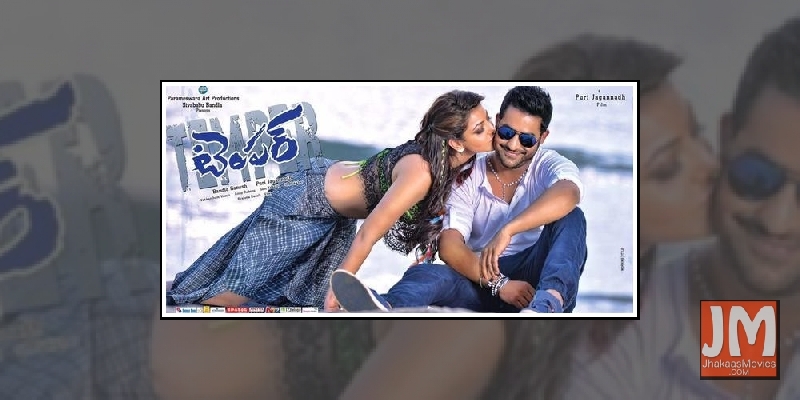 7. Eega (Hindi : Makkhi): The narrative of Eega is in the form of a bedtime story told by a father to his daughter. Its protagonist is Nani, who is in love with his neighbour Bindu. Nani is murdered by a wealthy businessman named Sudeep, who is attracted to Bindu and considers Nani a rival. Nani reincarnates as a housefly and tries to protect Bindu while avenging his death.Eega was one of the highest-grossing Telugu films of the year 2012. 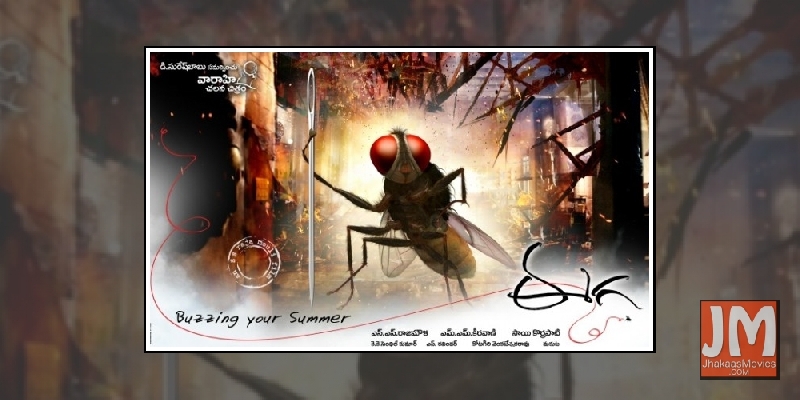 8. Magadheera ( Hindi : Magadheera): The plot revolves around four people: a valiant warrior in charge of the princess' safety; the princess who loves him. The commander-in-chief who lusts after her; and an emperor who wants to conquer their kingdom. They all die before their wishes are fulfilled and are reborn after 400 years, at which point the warrior kills the scheming cousin with the support of the reformed emperor and wins over the princess. The film won the National Award for Best Choreography and Best Special Effects at the 57th National Film Awards as well as winning six Filmfare Awards, nine Nandi Awards and ten CineMAA Awards. 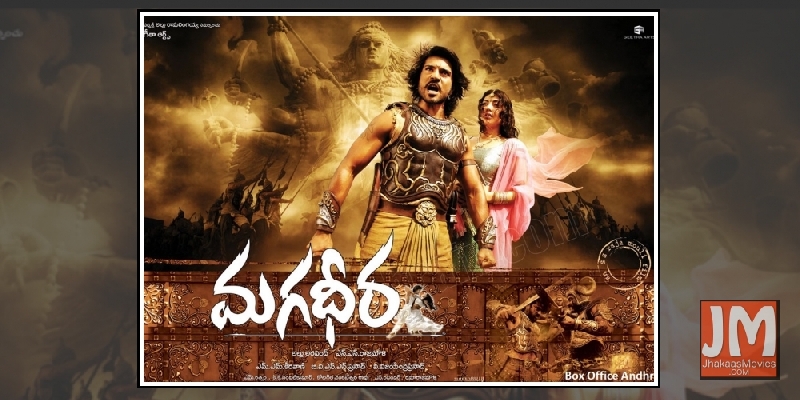